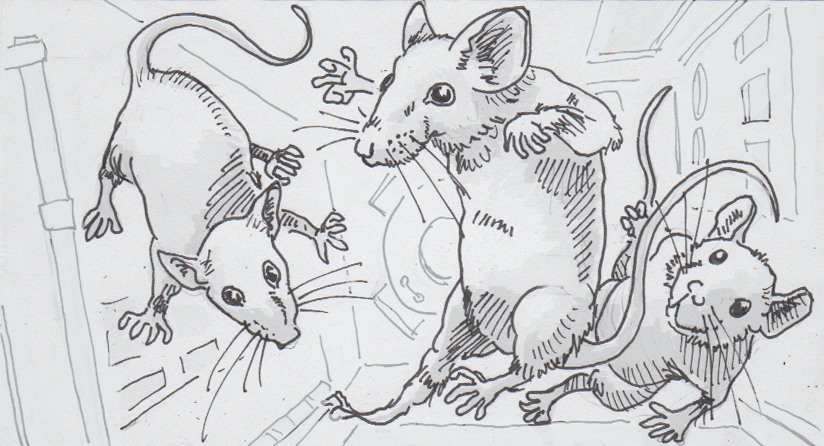 Misgivings about the thinning skin of mice in microgravity

As humans look to explore further and further into space, we are trying to prepare for the possible health effects of living away from Earth for extended periods of time. One of the big concerns is living in microgravity, and as such astronauts living on the International Space Station (ISS) are monitored and studied closely for signs of health problems. Those missions only least up to a year thus far though, and as our fastest spacecraft still take nine years to reach the edge of the solar system, we need a study longer timelines if we ever want to send a human towards other stars. So this is where the mice come in.

Similar to the idea of aging in “dog years,” the shorter life-span of a mouse is lets us scale out shorter spans of time in their life in order to make estimates about humans. In the case of this experiment, six mice sent to live on the ISS spent a record-setting 91 days in space, which could be said to be proportional to seven years of a human’s life. It was also long enough to see some interesting changes in the mice’s physiology that future astronauts would probably hope to see addressed before they head out on long term travel.

The change in question was that the mice returned home to Earth with noticeably thinner skin than their Earth-bound counterparts. What’s more, the growth cycles of hair follicles seemed to be disrupted, with growth and rest cycles occurring inversely from mice in the control group. When combined with reports from astronauts about their own skin irritation and slowed healing of minor cuts and scrapes, it seems that microgravity does have some effect on the functionality of our skin. As a crucial organ in our bodies, this can’t be ignored.

Unfortunately, it’s also not entirely confirmed yet either. Originally this experiment included six mice in space, but only three lived through the entire 91 day test period for study, leaving researchers with a frustratingly small set of samples to work with. In most research, the results from only three mice wouldn’t be worth discussion, but the difficulties of getting test subjects into space have required more flexible standards. Other studies regarding skin are underway to help fill in some gaps, but at this point the primary lesson has been that skin health needs further study and consideration before we embark on any long-term travel into space. The fact that this may help us come up with better treatments for skin on Earth in the process doesn’t hurt either.