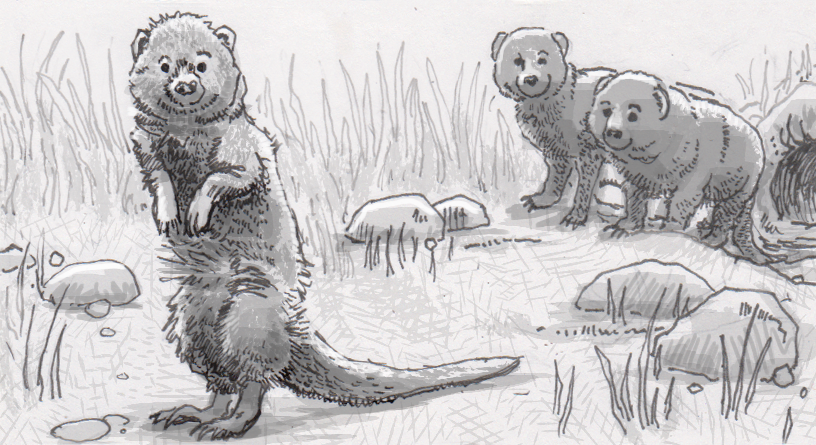 Mongoose societies depend on specialized food sources and swapped services

No mongoose is an island. The main time they’re alone is when standing as sentry, guarding their multi-family colony while other individuals forage and rest. As this division of labor implies, mongoose society is fairly sophisticated, and researchers are still discovering ways that these slinky relatives of cats and hyenas cooperate and compromise to keep a colony going. Interestingly, these adjustments don’t necessarily require strict hierarchies or perfectly egalitarian access to resources. Instead, the mongooses just seem to do a great job of finding ways to work around each other, sometimes in ways that weren’t previously observed in non-primate animals.

Find your own food

An obvious issue for a large group is making sure everyone has enough to eat. One possible solution would be to control every individual’s portions, ensuring that every mongoose gets the same amount of food. That’s not always a safe strategy— social spiders, for example, share their food equally, but then face disaster if resources suddenly come up short. Banded mongooses (Mungos mungo) have learned to avert this risk by essentially avoiding sharing food altogether.

This doesn’t mean that every mongoose is hoarding food for themselves though. Rather than compete for shares of a single clutch of millipedes, ants, or small vertebrates, each mongoose just picks a favorite food to specialize in. Analysis of the proteins in mongoose whiskers indicates that the larger a colony is, the more each animal focuses its diet on a single source, presumably to avoid competing with friends and family for every meal.

Dwarf mongooses (Helogale parvula) employ a different form of specialization, focusing more on how to share chores instead of chow. While various animals are known to keep tabs on other individuals’ past generosity, the mongooses add extra sophistication to these exchanges by trading asymmetric services with each other. So while vampire bats may trade blood for blood over time, a dwarf mongoose may trade grooming for sentry duty, indicating a complex understanding of how these activities benefit each other.

To test how much mongooses actually appreciated each others’ work, scientists manipulated how certain individuals’ efforts were received by their peers. A mongoose on sentry duty will periodically call out with reports about what they see, and so researchers played recordings of those cries when an individual was off duty, tricking other colony members into thinking that particular sentry was working overtime. The payoff for that “extra” effort was extra grooming from other mongooses, who apparently felt the need to reward their sentry’s long-shifts standing guard. Other recordings didn’t have the same effect, indicating that the groomers were keeping track of how much time their neighbors were out working.

Not every facet of mongoose society is quite so benevolent though. Even if banded mongooses can learn to eat to accommodate each other,  they’re not so friendly to each other’s offspring. So to keep pups from being killed by rival adults, all the mongooses essentially agree to keep offspring anonymous so that they can’t be singled out. It’s a less friendly form of compromise, although the results are certainly worth it.