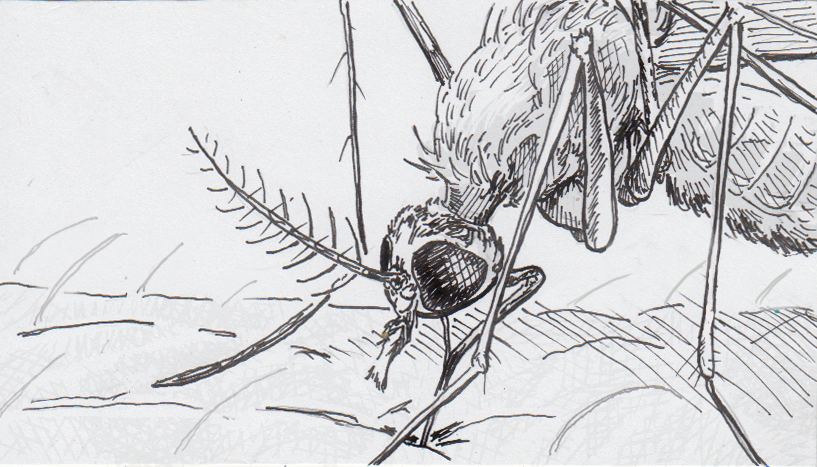 We’ve known for a while that mosquitoes, horrifyingly, seem to have a preference for dining on people who have malaria. This of course works out great for the blood-borne parasite, as it can spread to new hosts more easily this way. But the question was, how did the mosquitoes pick these targets? What did carrying malaria do to tip them off?

One theory was that the mosquitoes could smell the malaria in our bodies. Similar to how your body emits fragrant garlic compounds as you digest it, the malaria might be releasing a scent through our  breath as it goes through our blood.

To test this idea, researchers gathered blood samples and chemically analyzed the air around the blood as it was set out to “breathe.” And as they hoped, they found multiple compounds that are known to attract mosquitoes to plants being emitted from the blood. If an infected human breathed more of those compounds out, they’d be drawing more mosquitoes to them, ringing the dinner bell for a fragrant blood buffet.

This first applications for this won’t be aimed at masking the attractive scents. Instead we’ll be copying the mosquitoes, using their trick to help us find malaria patents as well. Either electronically, or possibly with trained dogs, we may be able to use these telltale, if faint, odors to help us more quickly and easily diagnose patents, allowing them to get treatment faster.

Source: Mosquitoes Can Smell Inside Your Blood by Poncie Rutsch, Goats and Soda