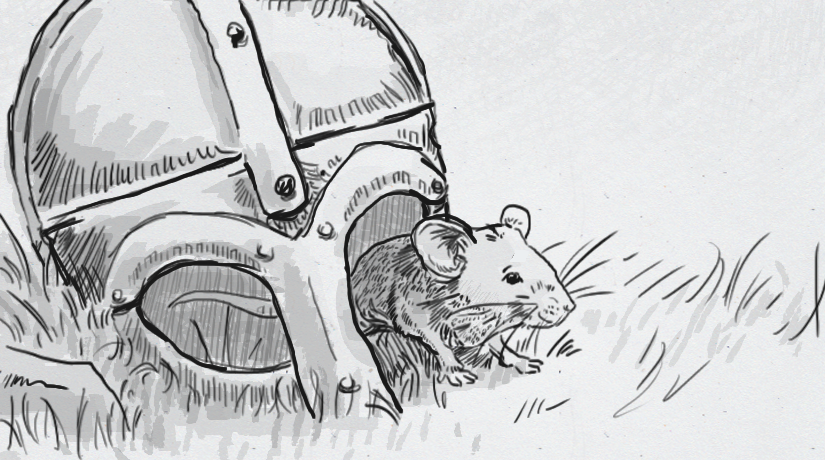 Past human activity is usually studied through the objects or marks humans leave in our wake. Everything from pit ovens to lunar rovers tell the story of where humans have been and what we’ve done there. Scientists are now realizing that a much more lively line of evidence is available, sometimes when human fabrications aren’t available. Early explorers apparently brought enough mouse stowaways on their voyages that their DNA can now act as a historical record of what boats they traveled on, and when they arrived at their destinations.

While João Gonçalves Zarco officially discovered the island of Madeira in 1418, the mice present on the island are evidence that someone else arrived much earlier. Zarco wouldn’t have known this, as there were no human structures to speak of, and the mice seemed to be quite well established on the island. They were actually an invasive species, having been delivered some 400 years earlier. Without any natural predators or competition, they quickly dominated the space, and may have even helped wipe out some of the native bird species.

This story has been put together thanks to analysis of the modern mice’s DNA. Their closest mainland ancestor was determined to be from Scandinavia, having split off from that family tree around 1000 CE. The most likely explanation for these rodents to have been transported to this African island without further genetic adulteration is that they were aboard Viking ships that once landed at Madeira. It wouldn’t be the first time mice signed on as unofficial explorers, or even the only time they wreaked havoc on the native ecosystem. Invasive mice on the island of Gough became carnivorous when isolated from other food sources, eating birds on that island as well.

Even with various pieces of genetic and ecological history lining up, some researchers are having a hard time accepting animal biology as a substitute for artifacts. Viking settlements were usually very distinctive, thanks to things like 20 by 200 foot buildings called longhouses. While animals do make journeys without human intervention, the genetic origins of these particular mice coming from a land of seafaring explorers really does suggest some Viking activity on Madeira, even if it was just a rest stop.