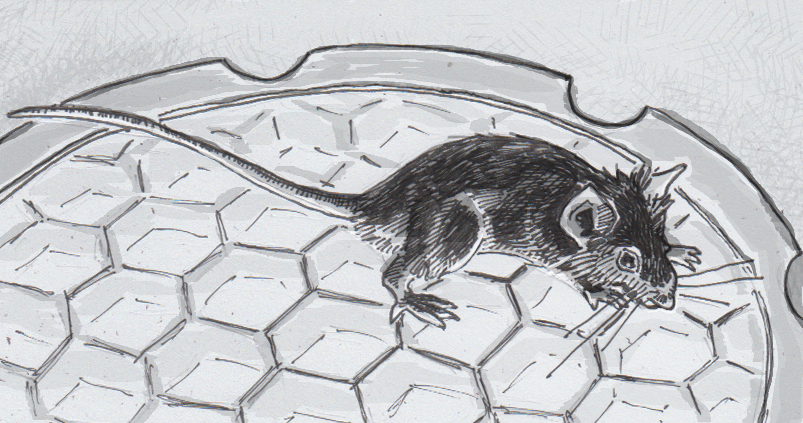 If you’re reading this, there’s a chance that you’ve become accustomed to things like wifi, cellular data, and maybe inductive charging. Scientists working in some cutting edge fields of research are still trying to catch up, not in their offices, but with their experiments. Any studies that involve monitoring or manipulation of animals are often bogged down by the logistics of wires or batteries that tether or hinder an animal’s movement unnaturally, possibly influencing the behavior that’s trying to be studied. Two new concepts look to mitigate these concerns, letting scientists be more intrusive while at the same time leaving their test subjects feeling freer than ever.

Less confined thanks to a cage

A team at Georgia Tech is developing a cage lined with copper foil to inductively power a small sensor worn by the mice living in it. Called the EnerCage, the design is based around the concept that allows for wireless phone charging, and would eliminate the need for a mouse to carry batteries along with whatever motion sensors it might be wearing. Kinect cameras supplement the concept, tracking body posture, location and audio, all with less interruption from researchers needing to adjust hardware or change batteries.

At Stanford University, researchers working with optogenetics have managed to make their implanted hardware basically invisible to the mice carrying them. Optogenetics is a line of research that uses light to activate specific, genetically engineered brain cells in order to trigger behaviors, memories or other neurological functions. However, delivering light to brain cells has required a fiber optic cable be implanted into the mouse’s brain, then attached to a light source outside its body. At best, this puts a bit of a leash on the mouse’s movement, which prompted the development of implants small enough to be carried inside the mouse’s body.

The new device is around the size of a peppercorn, with a small bit of wire connected to a tiny LED. This wasn’t too tricky, and the concepts of light-sensitive proteins being grown in mice’s neurons has already been established as well. The trick was finding a way to power these tiny, optogenetic switches without resorting to batteries. Rather than the wireless, inductive concept used in the EnerCage, radio waves are pushing energy up through the floor of a specialized cage through the mice’s body. The electromagnetic waves that power the implanted light are tuned to the mice’s bodies’ natural resonant frequency, which allows them to reach the device with more efficiency than simply being pushed through the air. As a proof of concept, a mouse was induced to start walking in circles when the radio frequencies were activated, and then returned to its own reconnaissance when they were turned off.

The end result is a way to trigger brain activity in an otherwise normal looking animal. Other mice seemed to detect nothing unusual about mice carrying the implant, making it an attractive tool for studying social behavior, in addition to applications targeting neurological functionality in general.

My second grader said: Wow, it’s like they made the mouse into a robot.

This was already kind of true with wired versions of optogenetics, of course, but it’s hard to deny that the more covert nature of these implants does seem to change the nature of things. Maybe some day you won’t train your dog to do tricks, as much as control them like a remote control toy? Always strange when science and science fiction seem to overlap this much.