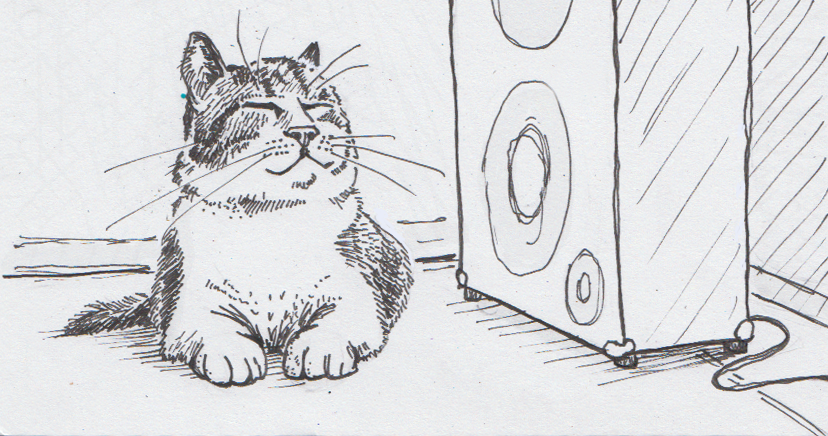 Music by humans for cats

This one is simultaneously self-explanatory and confusing. While there have been looks into whether or not animals appreciate music, or at least rhythm, this project has leap-frogged all that and started composing music supposedly tailored to the taste of house cats.

Going along with the premise that cats have been jealous of humans top-40 collections since their domestication, David Teie has composed music based around sounds and rhythms that would be familiar or interesting to cats. For instance, a series of high-pitched notes are played at 23 Hz to match the timing of a cat’s purr. A higher-pitched series of tones is meant to be reminiscent of birds. They’re not meant to trick the cats, just evoke things that the cats normally care about.

How are the tunes received? Some cats seem to be very interested in them, while others regard it like most people handle a collection of familiar sounds as presented by Negativeland. Then again, it’s not at all surprising to learn that cats are finicky about their music, as with everything else.

Source: These Tunes Are Music To Your Cats' Furry Ears by NPR Staff, Weekend Edition Saturday