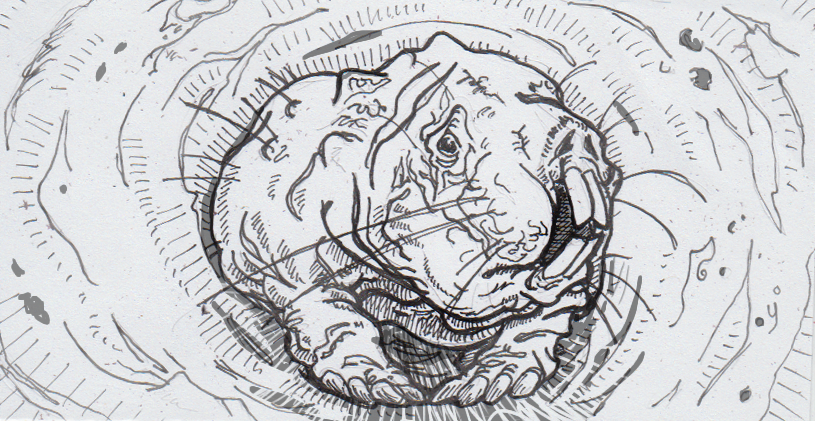 To avoid one form of misery, it looks like naked mole rats have had to adopt another. They might not feel the trade off is all that bad, but the poor creatures have had to give up their ability to enjoy that delightful burn from spicy foods, triggered by the TrkA receptor when it comes in contact with things like capsaicin or more practically, heat. Understandably, chile peppers aren’t actually part of their usual menu of tubers they find growing underground. For this cursed existence of a dull, bland diet, the poor things only gained an insensitivity to pain caused by heat or acid. Nature can be so cruel.

Obviously, I’m exhibiting some bias here as an animal with access to tons of foods, plus fresh air and clothing on demand. Presumably, a lifestyle based around 30 years of crawling and digging through hot, narrow tunnels surrounded by hundreds around 75 family members would shift my priorities to be more in line with your average naked mole rat (Heterocephalus glaber). The nearly hairless mammals tight living quarters has pushed them to develop some unusual physiology, including the squelching of the pain response from their TrkA receptors in their nervous system.

The pain response triggered by TrkA receptors in most animals is intended to help prevent serious injury, alerting the animal that some form of damage is being incurred (or that a taco is particularly tasty.) In particular, this receptor helps avoid heat-related pain called thermal hyperalgesia, which you’ve most likely noticed when washing warm water over a scrape on your skin. Even without especially hot water, there’s a feeling of intense burning, because the receptors have been sensitized by the earlier injury.

Because of the cramped, hot and rough environment the mole rats live in, a normal TrkA receptor would likely make live a constantly painful experience as their skin cooked and rubbed against each other and the soil. Beyond the discomfort, it would also make the pain response useless, since it wouldn’t be alerting the animals to new conditions that needed to be dealt with.

Rather than burn all that energy on making themselves miserable, the naked mole rats change a few amino acids on their receptors as they age, losing the sensitivity to this kind of pain. Even exposure to acid won’t cause a pain response, which the mole rats may need to cope with acid building up in body tissues due to excess carbon dioxide in the mole rats’ poorly ventilated tunnels. Somehow this painless life doesn’t actually sound all that inviting, even ignoring the lack of hot sauce.

Source: To deal with their miserable lives, naked mole rats have evolved to feel no pain by Annalee Newitz, Ars Technica