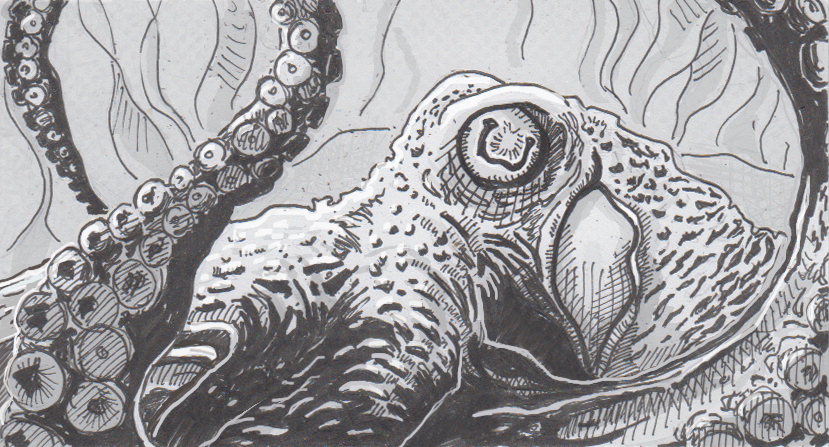 Octopus eyes probably pick up color by acting like prisms

Inside our eyes are cells that specialize in sensing light or dark, or red, blue or green light. This arrangement is a pretty popular solution to seeing color in the animal kingdom, but it’s not the only way to do it. Octopuses lack these color-sensing “cone” cells in their eyes, which was weird because they they’re actually quite good at changing color. Some of that color sensitivity may be independent of their actual eyes, but maybe that’s to be expected when you’ve got neurons acting like mini-brains in your tentacles anyway. New models of how octopuses’ eyes function suggest an additional option, which is that these enigmatic cephalopods have just evolved a completely different way to see color without needing cone cells in the first place.

The key to this color perception is thought to lie in the shape of octopus pupils. Rather than the round pupil we’re used to seeing in most creatures, octopus pupils can be anywhere from barbell- to horseshoe-shaped. Rather than control the amount of light entering the eye, these unusual pupils may act like prisms and actually split the light into different colors. Rather than rely on cone cells to pick up color, octopus eyes would sense color depending on where the refracted light hit the eye-ball, with red being registered at one location, blue another, etc. So mixed light would just be carved up, with each respective color being sent to it’s own section of the eyeball to be registered if it was present, all with one kind of receptor cell.

Picking up every last photon

There’s more to this than just giving octopuses another way to seem weird. Sensing light in this way may allow them to maximize perception in low-light. With our eyes, if a red photon hits a green cone cell, we’d never know it, and it would basically be ignored by our visual system. That red light wouldn’t be missed by an octopus though, since every photon would have its chance to be diverted to the part of the eye that would properly register the light. When you’re looking for predators or prey on the ocean floor, you don’t want to waste any light that may be available, which this model handles quite well.

The downside is that too many colors would start to look a bit blurry. White light especially would be blurred and show some rainbow effects, rather than provide a crisp image like it would for a human eye. If proven true, these prismatic eyes would provide sharper images when just a few bold colors were present, such as the bright golds or reds found around a coral reef.

While this hypothesis seems to click in a number of ways for an octopuses ecology, it’s still untested at this point. Research was done with simulations based on octopus eyeballs, and the resulting models were compared against existing behavior data from other studies. To really be sure, we need to test some octopuses directly to find out just how well those odd eyes really work.

Source: Octopus Eyes Are Crazier Than We Imagined by Maddie Stone, Gizmodo