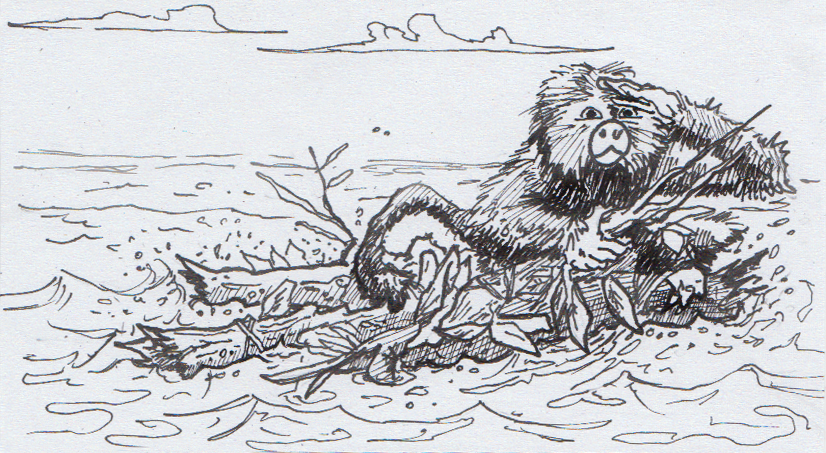 Of Teeth and Transplantation

Thanks to 3 molars, our estimate of primates arrival in South America has been pushed back 10 million years. Monkeys from Africa most likely traveled on some sort of natural raft, made of sticks, leaves and other debris, eventually kicking off the primate lineages South America has today, like tamarins.

We know about the monkeys because mammal teeth are fantastic tools for paleontology. Teeth are the most likely remnants to be found from a mammal’s skeleton. And that durability is even more useful since mammal’s teeth are quite distinct, allowing them to be directly compared to a species known to live in Africa 36 million years ago.

We the know about the raft because in this time-frame, South America was an island, disconnected from Africa and Panama. This separation from Africa occurred long before any primates evolved in Africa, meaning that the owners of the teeth (Perupithecus ucayaliensis) must have made the journey later on. Odds are, this involved a natural raft to help the monkey’s immigrate to South America.