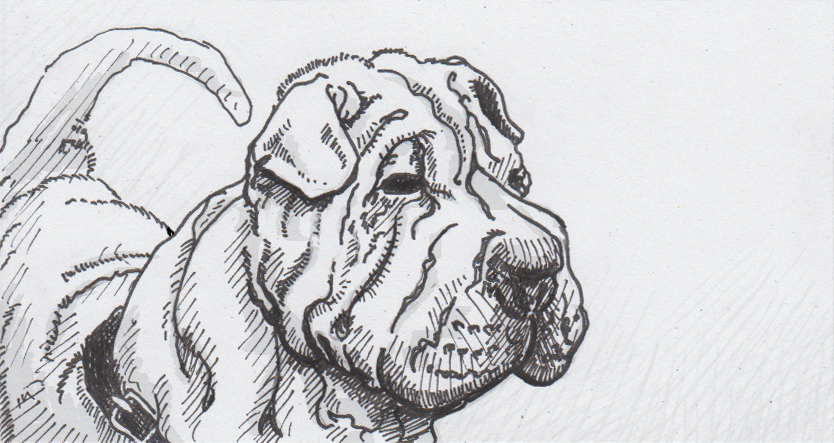 Origins and uses of wrinkles, rumples and other skin crumples

As humans age, our skin becomes wrinkly because it looses its elasticity and is wrapped around a smaller body than it used to be thanks to shrinking muscle and bone mass. It’s a byproduct of circumstance, not serving a real purpose towards our survival. This is not the case for all animals however, as a number of them have compelling reasons to be wrinkly from day one, never once staring in the mirror wondering what on Earth happened to their 20s.

Elephants don’t have enough sweat glands to rely on them to cool their massive bodies. Even if they did, living through dry spells on the African savannah is not the place to be sweating out your hard-earned hydration. Instead, their wrinkled skin adds surface area and small, protected pockets in the folds that can capture moisture. That protected moisture then evaporates off the skin more slowly, so the elephant gets the most out of what’s available.

This works great for elephants out in the heat, but is less necessary for elephants in cooler environments, such as Asian elephants in the jungles of Thailand. As such, the forest-dwelling elephants are generally less wrinkly than their African counterparts.

Burrowing rodents, like the naked mole rat, often have loose, wrinkly skin. For them the looseness is more important than the wrinkles, as they have very little room to maneuver in their tunnels. While taught skin could get scraped and cut on any abrasive surface the animal was trying to wiggle by, loose skin can be more forgiving. Rodents can then move and turn their body much further without having their skin fighting against their surroundings.

Canine creases for cosmetics or combat

Many dog breeds are strikingly wrinkly, to the point where their “wrinkles” are actually thick folds of skin draped off the animal’s face and torso. The cause of all these creases is selective breeding by humans, usually selecting for a mutation in the HAS2 gene. That gene increases production of the HAS2 enzyme, producing hyaluronic acid which leads to wrinkling.

The purpose of these wrinkles has either been to please the aesthetic preferences of the breeders, or in the case of fighting breeds like a Shar Pei, to capture some of the benefits of loose skin mentioned above. When the dog faced injury from a bite, or in the case of Bulldogs, bull horns or bear claws, the attack would theoretically be deflected or diffused on the loose skin, rather than damaging bone or muscle. More gruesomely (and not worth bringing up with the smaller children in the audience), the folds in Bulldogs have been said to have been channels for their opponents blood so it would stay out of the dog’s eyes.

As a human, I can only look on with jealousy that my own collection of wrinkles probably won’t ever provide much in the way of damage resistance, aesthetic value or even air conditioning. I’m fine not channeling blood though, because… blech.

Source: Why Are Elephants and Other Animals So Wrinkly? by Liz Langley, Weird & Wild