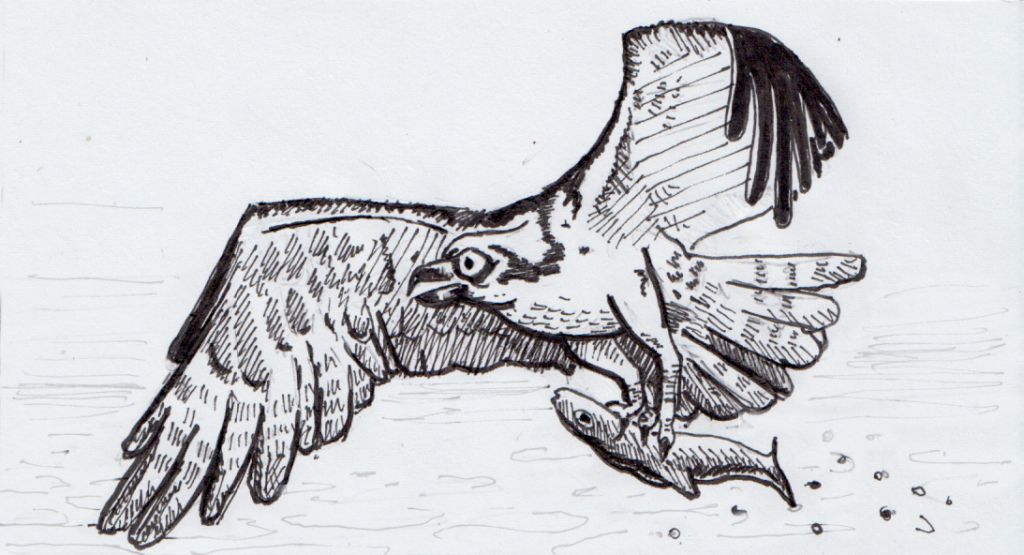 The Osprey: Don’t Call Me SeaChicken

As I write this, the SeaHawks have just lost the Superbowl, and Patriots fans are rejoicing in beating the so called “SeaChickens.” Of course, that name’s as logical as “SeaHawk,” since the actual animal, the osprey, isn’t actually a hawk (or a chicken), and doesn’t always live by the sea.

These raptors live near many types of shoreline, from lakes to the ocean, so they can hunt fish. To catch their slippery meals, they employ their impressively-sharp talons, plus specially scaled feet that provide extra grip to carry fish. They need to carry their fish because these birds aren’t divers and swimmers like a pelican— they target fish swimming towards the surface of the water that can quickly be extracted in a quick strike. Their nostrils even have an extra membrane to keep out salt water in the resulting splash.

To help make that return trip easier, they grip their fish with the head in one claw, pointed forwards, body in the other, trailing behind. This minimizes drag from the fishes body, helping the bird save energy and make the most of their meal.

Osprey populations were in decline for some time, thanks to humans viewing them as competition and to the build up of toxins in their diet weakening their eggs. But with new protections in place, their numbers seem to be on the rebound, which is more than you can say about the football team at this point.

Source: What the hell is a “Sea Hawk” anyway? by Douglas Long, Deep Sea News