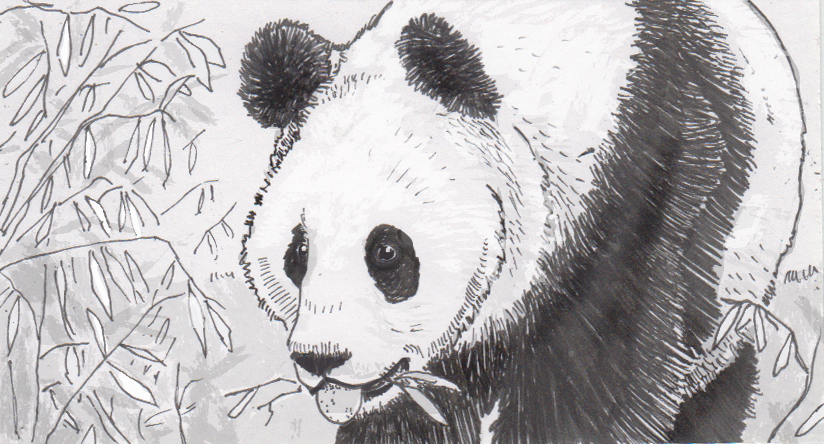 Panda’s plant-eating triggered a transformation in their taste-buds

In a move that may baffle veggie-fearing kids everywhere, pandas are trying to get better at tasting bitterness. While human diets today often include safe amounts of bitter greens, those flavors are generally the result of toxins a plant produces to avoid being eaten. The trick to being a plant-eater then is to be able to taste which leaves are delicious and which might be deadly. Since pandas’ ancestors used to be carnivores, their taste buds are now playing catch-up with their modern, bamboo-centric diet.

Panda’s taste-transition was recorded in their DNA. Researchers analyzed genomes from both red (Ailurus fulgens) and giant pandas (Ailuropoda melanoleuca), comparing them to carnivorous relatives like polar bears, wolves and tigers. There was special interest in genes known to encode for umami taste receptors, which can detect the flavor of meat, and bitter receptors, which detect toxins in plants. Since pandas likely started giving up meat only seven million years ago, it was expected that many of the changes to their genome would stand out as recent modifications.

As predicted, there was a lot of activity with these genes for taste receptors. One of the earliest changes was dropping the ability to taste umami altogether. Without any kind of flesh, fungi or marine plants like nori in their diets, these receptors would be a waste of real estate on the panda’s tongues. Instead, pandas apparently started increasing the number of active copies of genes in the TAS2R family, which detect bitterness. Every creature wants to have some sense of bitterness in their mouths, but while carnivorous cousins only have 10 to 14 copies of these genes, pandas are now carrying around 16. One gene in particular, TAS2R42, was found to be accumulating mutations at a notable clip, suggesting that individuals with working copies of this gene were notably more likely to survive and spread it further through the gene pool. As one would expect, natural selection has been driving this increase to help pandas to more safely navigate their bamboo-based diet.

This transition from meat to potentially-toxic plants probably isn’t complete. Panda’s still sport sharp canine teeth from their meat-eating days, and their digestive tract is notoriously slow at extracting nutrients from bamboo. It’s unknown exactly how specific their new sensitivity to bitter flavors is at this point, although researchers are now working on matching panda’s taste buds to the particular bitter compounds found in bamboo. At the very least, there’s probably further room for improvement, as pandas still have fewer bitter taste receptors than other herbivores. This may be part of the reason they’re so picky about which plants they eat, as they’re not really ready to safely taste flora other than bamboo.