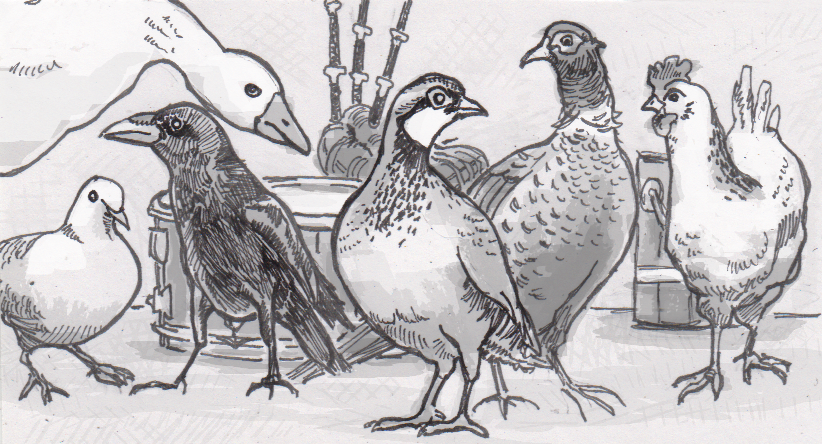 While Santa may deliver front teeth and ’54 convertibles, it takes one’s true love to hand over an overstocked aviary plus enough musicians and dancers to put on a parade. Granted, the gifts in the “12 Days of Christmas” accumulate over nearly two weeks versus one night, but it’s still an amazing, if slightly baffling wishlist. Who needs that many birds at once? Since when do partridges live in trees? And aside from the extravagance of it all, how do these gifts relate to Christmas?

A dozen days to which holiday?

Some of this starts to make sense when you consider the fact that December 25th is only the starting point, or the first day of Christmas. The real holiday the song’s “true love” is building towards is Epiphany, on January 6th (or January 19th, for Orthodox Christians who observe Christmas on January 7th.) The holiday celebrates when the three kings or magi arrived with gifts for Jesus after his birth, or when he was later baptized as an adult. Gifts are a part of many people’s Epiphany tradition, but specifics like partridges and leaping lords seem to only be a part of the Christmas carol.

Despite efforts to retcon religious symbolism into the “12 Days of Christmas,” evidence suggests that the turtle doves and milking maids were probably intended for a 12th Night party. On Epiphany Eve, medieval Europeans would host huge feasts, complete with music, food and various games and diversions. Many traditions included playing with temporary changes in people’s social status, with masters doting on their servants, or the discoverer of a bean in a cake being crowned the Lord or Lady of Misrule for the night. All of this revelry would have likely been accompanied by various musicians, including bag pipers and drummers, although the headcounts didn’t necessarily match what’s listed in the song.

The vast quantities of birds listed in the “12 Days of Christmas” would have likely turned up at 12th Night parties as well, but on people’s plates. With some small corrections, it’s conceivable that all the fowl included in the song were on the menu at a large feast, from partridges (that probably weren’t in trees) to colly (not calling) birds, which a name for blackbirds back when people ate them more often. Even the five golden rings could have been delicious, since they were probably references to a pheasant’s neck, or possibly a goldfinch. If turning half the carol into a menu feels a bit gluttonous, it’s more pleasant without the lyrics that haven’t stood the test of time, like bears or badgers “a-baiting,” which is a much more horrible thing to include at a party.

A game with a different kind of score

It probably goes without saying, but there’s also no reason to believe that any true love actually tried to feed their guests all the birds included in the song. Looking beyond common sense, this is because this famous carol wasn’t originally a song at all, but was likely a memory game that was played at parties. Each participant had to remember all the previous lines, then add one of their own, which isn’t easy if you’ve ever tried to sing the whole carol from memory. While the first printed version of the “12 Days of Christmas” was in 1780, it wasn’t intended to be any more melodic than a chant or poem. The music that we know today, including the drawn out pronunciation of “five golden rings,” was only added in 1909 by Frederic Austin.

Adding music certainly hasn’t been the last change the “12 Days of Christmas” has seen, but it’s a significant one. If the birds, lords and pipers were originally meant to be a challenge for one’s memory, then transforming every line into a song gives us an unfair advantage to help us memorize the shopping list. On the other hand, modern listeners probably don’t see the once-obvious them of food and parties in the tune, leaving us wondering just were our “true love” does their gift shopping.

Source: 12 Facts About ‘The 12 Days of Christmas’ by Kat Eschner, Smithsonian