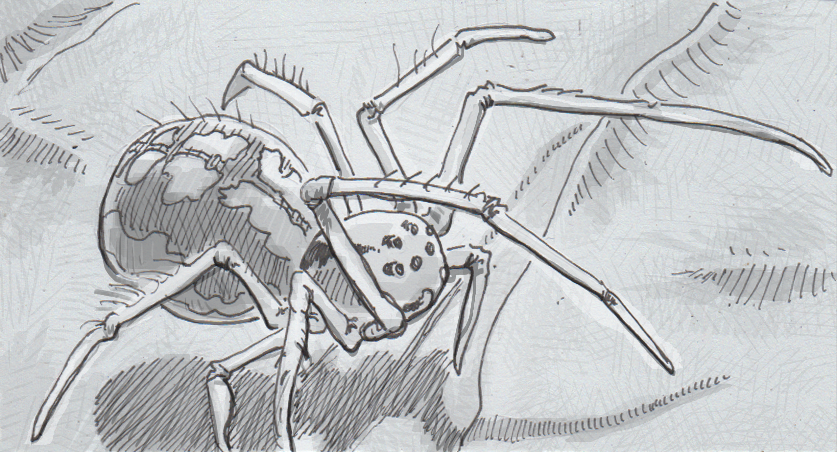 Phobia found to be a factor in seeing spider sizes

The goliath birdeater is the most massive spider on Earth, weighing up to six ounces, with a leg-span up to 11 inches across. These numbers might come as a surprise to anyone suffering from arachnophobia, would would likely think they were far too low, possibly assuming that the average spider they encountered was at least that size. More than just a rhetorical exaggeration, a study has tied arachnophobia to a subject’s perception of spiders’ size— the more fearful the person, the larger they believe spiders to be.

Arachnophobia is basically an irrational fear response to seeing spiders, or in some cases, signs of spiders such as their empty webs. People suffering from this anxiety may feel compelled to shriek, flee or panic, although the underlying motivations of these responses aren’t clear. One explanation may be that avoiding venomous spiders provided an evolutionary advantage to wary individuals, who would take extra precautions against the otherwise small creatures. Since some cultures commonly include spiders in their food, another explanation is that arachnophobia is passed culturally instead.

After a scientist in Israel reported a seeing a “big” spider in his office, his colleague was curious about that description since she considered the spider to be quite small. To look further into the discrepancy in their perception, they designed a test for people with both high and minimal degrees of arachnophobia, asking subjects to rate both the size and level of unpleasantness of different animals. While both groups could accurately gauge the size of most animals, people that feared spiders consistently rated them as larger than they actually were. A follow-up test, with additional insects added to see if simply looking “unpleasant” was a factor, confirmed the initial finding. The spiders alone looked bigger to people with arachnophobia, indicating a degree of discrimination in this perceptual distortion.

This difference in perception now begs the question of what is the cause, and what is the effect. While arachnophobia may lead people to see spiders as larger than life, it’s also possible that seeing larger spiders pushes people towards arachnophobia. Once that can be answered, it may help in designing treatments to help people cope with these extreme anxieties.