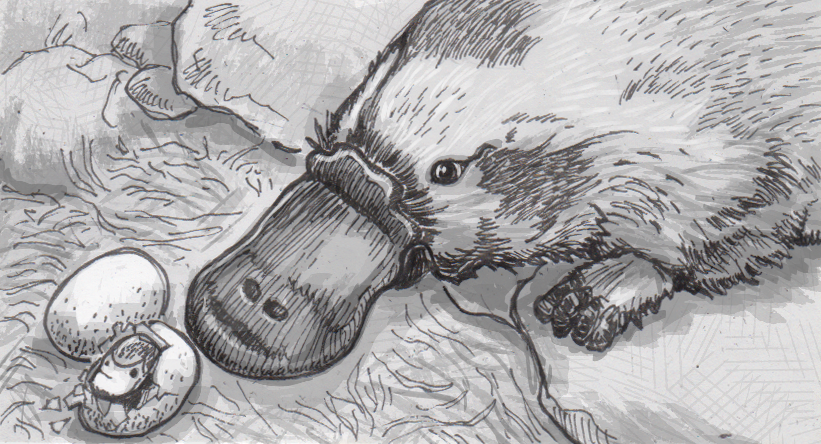 When you’re as weird a mammal as a platypus, some compromises are to be expected. As monotremes, platypuses hatch their kids out of eggs instead of giving live birth, although mammals don’t really have a monopoly on that bit of child-rearing in the first place. Platypuses do try to stick with the signature mammalian ability to feed milk to their offspring, even if they lack the lips or nipples to make feeding time a tidy process. This kind of milk secretion has required its own set of adaptations, and one of them may prove to be very helpful to humans, regardless of how we nurse.

When a platypus feeds her young, it does so by secreting the milk through special patches of skin around her belly. That milk dribbles into grooves in the mother’s skin where it can be more easily lapped up, or saturate her fur where babies can suckle. The potential complications in this path means that the milk needs extra protection from bacteria who might hitch a ride into the baby’s mouth, and researchers now believe they’ve gotten a handle on the protein responsible.

The protein itself isn’t as exciting as the way it functions. Researchers from Australia’s Commonwealth Scientific and Industrial Research Organization (CSIRO) isolated the protein, then rebuilt it in the lab to more closely observe how it worked. The way the protein folds into a series of curly loops that not only helps fend off bacteria, but also earned it the nickname “Shirley Temple,” after the actress’ hair. If researchers can replicate those properties in other proteins, we can incorporate them into medicines without needing to specifically suck on monotreme stomach hair.

Antibiotics in other mammals’ milk

As special as these proteins are, platypuses aren’t the first mammal to load their milk with bacteria-fighting ingredients. Human milk can also fend off bacteria like Group B. Streptococcus, although we do it with sugars instead of proteins. Those sugars don’t seem to be produced equally by every mom, so researchers are now trying to figure out exactly how they work so their antibiotic properties can be added to more accessible media.