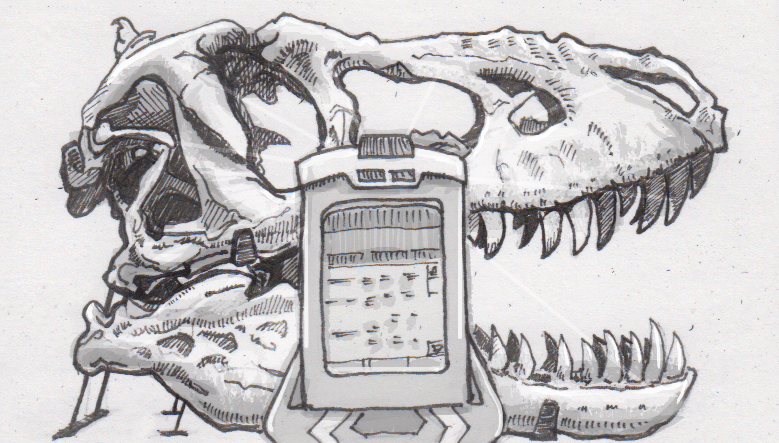 When a fossil is removed from the ground, some of the context of its original burial is necessarily lost in the process. Unless a dig site is carefully documented as the fossils are excavated, details about a fossil’s resting place are essentially lost to the ages. These problems are exacerbated when poachers strip sites of fossils to sell on the black market, as they’re usually more concerned with the commercial value of specific anatomy rather than advancing our understanding of the ancient world. As a result, specimens that might offer new insight into extinct animals like dinosaurs can’t be considered reliable, either due to a lack of context or even being a possible fake. Fortunately, portable x-ray fluorescence scanners are now being adopted to help identify these lost fossils’ original homes.

Identifying the source of illegitimate specimens

X-ray fluorescence is essentially a way to quickly identify the precise mix of minerals that can be found in any given location. First, an x-ray is fired at a soil or fossil sample, pumping energy into some of the targeted atoms’ electrons. As those electrons calm down again, they release a specific frequency of light, which the scanner can then detect and identify as a belonging to a specific mineral. En masse, the ratios of different minerals and elements can be combined to create a geochemical ‘fingerprint,’ unique to a specific site. In the field, this can be used to compare soil or rock samples from particular locations against fossils of unexplained origin. These readings are only useful if you have stone and soil samples for comparison, but now that x-ray fluorescence scanners are portable enough to take into the field, paleontologists are building a library of reference points for fossil poaching hot spots.

Of course, knowing where stolen fossils originated doesn’t prevent poaching on its own. However, as the technique has more and more successful identifications, it may deter poachers and buyers wary of having their purchases get reclaimed by their countries of origin. For example, actor Nicholas Cage made headlines when a Tarbosaurus skull he purchased was identified as being the product of poaching, compelling him to return the fossils to their rightful home in Mongolia. As identifying the origins of black market fossils gets easier and easier, this kind of corrective verification will hopefully become commonplace enough that poachers won’t bother excavating in the first place.

Beyond making life harder for folks profiting off the theft and destruction of the world’s history, x-ray fluorescence may fill in more benign gaps in our records as well. Museum collections have plenty of specimens that were collected under the best intentions, but not the best documentation. Fossils are sometimes mislabeled, or archived with only minimal data for future scientists to reference, which makes them hard to use in comparative studies. As more geochemical data is gathered with around the world, more details about these archived specimens can be recovered. With this contextual data, paleontologists may be able to restore scientific value that was otherwise lost at the dig site.