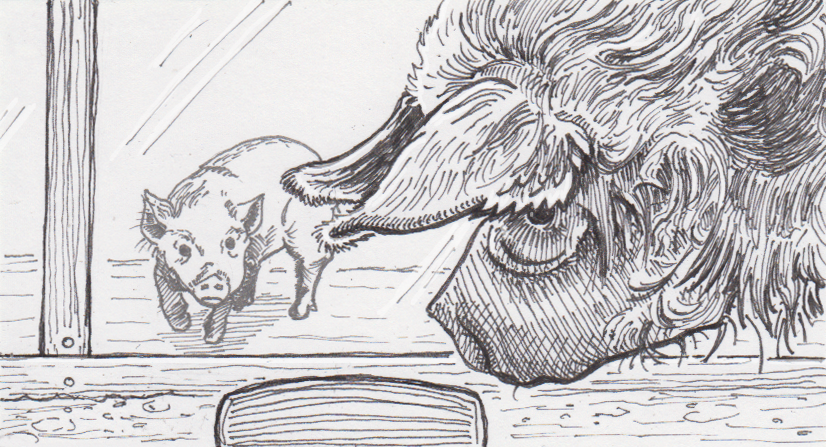 Winnie the Pooh‘s Piglet, between hiding from heffalumps and worrying of woozles, never seems especially bright. Wilbur is reputed to be “some pig,” in Charlotte’s Web, although it’s clear that he’s not exactly the brains behind his rise to fame. On the other hand, Napoleon and Snowball are clever enough manipulate their peers to claim political power in Animal Farm. Looking outside fiction, farmers often consider pigs to be at least as intelligent as a smart dog, but usually in anecdotes instead of consistent signs of cognition. With all these mixed opinions, researchers have been taking steps to try to get a better sense of just how clever pigs really are.

Starting small, a study tested piglets’ memories and understanding of novelty by seeing how they responded to toys. It had previously been established that piglets did prefer novelty in the form of new toys over old ones, but this experiment wanted to establish what age piglet brains became capable of really judging what was new and what wasn’t. At four weeks old, piglets, especially female piglets, could consistently notice which toys were new to them, and which toys they’d seen two days earlier. Younger piglets wanted novelty too, but at three weeks could be fooled into thinking an familiar toy was new if it was simply presented to the piglet in a new location. Overall, this behavior puts these three- to four-week-old piglets on par with a three- to four-month-old human.

A study of Kunekune piglets in New Zealand was a bit more demanding of its test subjects. Instead of looking at how well piglets responded to novel stimuli, these piglets were tasked with observing their mother’s behavior, then applying it to their own experiences later on. While many animals can learn to imitate the behavior of their peers, observing then reproducing specific problem solving is a less common feat. In this case, piglets watched their mother or aunts through a partition as the older animal worked on getting food out of a puzzle box that required multiple, specific steps to open.

The piglets that watched an adult did seem to pick up a few pointers. They didn’t mirror the behavior they’d observed perfectly, usually changing the position the adopted for one of the required steps while still achieving the same overall motion. This indicates that they understood the task’s goal and what their motions would do to achieve it, rather than simply reproducing their mother’s actions by rote. Piglets in the control group that didn’t observe an adult took longer to figure the boxes out, as one might expect. However, once they’d invented their own technique, they were able to remember and reproduce their solution up to six months later.

Researchers suspect that the Kunekune pigs may be unusual amongst their porcine kin. The pigs are raised in family groups with space to roam and explore. This seems to provide a more challenging, enriching environment that stimulates social learning and problem solving in a way other pigs miss out on.