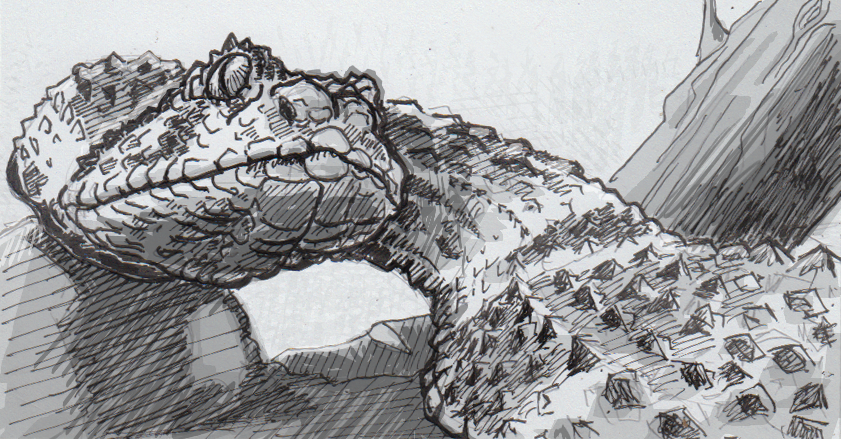 Puff adders are a stealthy snake that can’t be sniffed

If you’re an ambush hunter, looking like your surroundings will only get you so far. You can hold still, stay quiet and you might avoid detection by a human, but that still leaves you open to detection by a swath of creatures out there who rely on their noses more than their eyes. Hiding smell should be nearly impossible, but puff adders in Africa have recently been confirmed to be odoriferously invisible, even to some of the best sniffers out there. While the benefits of such stealth may seem obvious, it has scientists wondering just how it’s possible in the first place.

The metabolic processes that support life generally have byproducts, some of which are detectable as smells thanks to the release of airborne molecules. In some cases, these processes can go wrong, leading to increased body odors, but even a healthy body will leave a chemical trail that can be followed by sensitive noses. Puff adders (Bitis arietans), however, were observed being ignored by multiple sniffing animals, sometimes at point blank range, indicating that their body wasn’t emitting any of the usual signs of life while they were waiting for their dinner to walk by.

To try to narrow down why normally interested parties, like dogs or mongooses, somehow missed the puff adders’ presence, researchers set up a test in the controlled environment of their lab. Dogs, as owners of some of the world’s best noses, were trained to search for smells that matched a cloth that had been rubbed on a snake’s body to pick up its scent. The dogs had to choose from a set of jars that either contained the matching snake’s scent, scents from the snake’s environment, or no scent at all. The dogs did quite well against some species of foraging snakes, like Boaedon capensis, but were at a loss when looking for the ambushing puff adders.

In case they had stumbled upon the lone gap in dogs’ sensory range, researchers also enlisted meerkats (Suricata suricatta) to replicate the tests. While the meerkats proved to be enthusiastic participants, sometimes refusing to relinquish their selected smell jars, they were no better at identifying a smell from a puff adder.

At this point, the roots of the adders’ stealth isn’t confirmed, but the hypothesis is that as an ambush hunter, they’d need to avoid being smelled both by possible prey but also predators catching them while they lie in wait. To test this, more ambush hunters will need to be studied to see how widespread being odorless really is. On a physiological level, being scentless may be due unusually slow metabolisms, lowering their volatile output below smellable thresholds. Lowering the burn rate of the body might work well for an animal spending a lot of time holding still, and would explain why more active creatures couldn’t sustain a trait that would probably be beneficial to many prey animals.