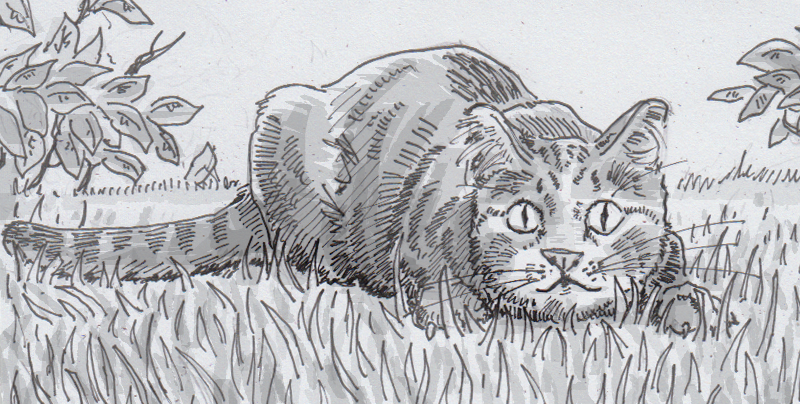 To ambush prey, a good predator needs quick reflexes, patience, a form of concealment and the right …pupils? Sure claws and teeth are nice too, but the right eyes can give a predator an edge in locating and successfully attacking their prey. Conversely, a 90° rotation can also help would-be prey avoid predators from a distance. In either case, it comes down to how a pupil can collect light and focus the world to match an animal’s lifestyle. And height.

A study of 214 terrestrial species looked at the shape of animals’ pupils and how they complemented each animal’s lifestyle. Of particular interest was why predators like house cats, snakes or crocodiles had vertical openings for their pupils, grazing herbivores like goats or horses had vertical pupils and humans somehow had round pupils. Color perception, low-light sensitivity and other hypothesis were discarded as reasons for these pupil shapes to have evolved multiple times in a case of convergent evolution. Something was advantageous about these different eye shapes, but only in the right combination of stature and ecology.

The big clue for predators was that vertical slits only turn up in shorter ambush predators. These animals stalk their prey close to the ground (or water) and the vertical pupils help them focus and judge the distance to horizontally-oriented shapes in front of them. Combined with stereopsis, where the brain compares similar images for each eye to gauge depth, vertical pupils maximize depth of field for horizontal objects, which allows the cat or snake to more accurately target their prey, which is presumably also close to the ground. As much as this helps shorter predators keeping their point of view at a low angle, taller ambush predators don’t benefit from vertical pupils, and so while a housecat might have those famous, narrow pupils, a taller cat that often attacks from above probably wouldn’t benefit in the same way.

On the flip side, animals that are often prey like antelope or sheep take this kind horizontal depth sensitivity and turn it on its side. Rather than vertical slits, these animals have rectangular, horizontal pupils. As long as they’re oriented along the horizon, these eyes create a sharp image of nearby (but not immediately adjacent) terrain. They also allow for excellent contrast when scanning for vertical objects, like a stalking wolf. When coupled with the common placement for herbivores’ eye-sockets, prey animals can see around them well beyond the 114° human vision extends to horizontally. These advantages only work if the pupil is kept parallel to the horizon, but most prey animals’ eyes rotate, as if on a gyroscope, to ensure just that.

This may leave you feeling a bit jealous, but there are some trade-offs with these specialized peepers. Horizontal pupils, for instance, give up some clarity and detail in order to allow for panoramic views that also pull out taller objects lurking on the horizon. And if that’s not enough for you, you can always revel in how tall you are, and realize you can look down on both predator and prey in most of these cases.

Source: Eye Shapes Of The Animal World Hint At Differences In Our Lifestyles by Nell Greenfieldboyce, NPR