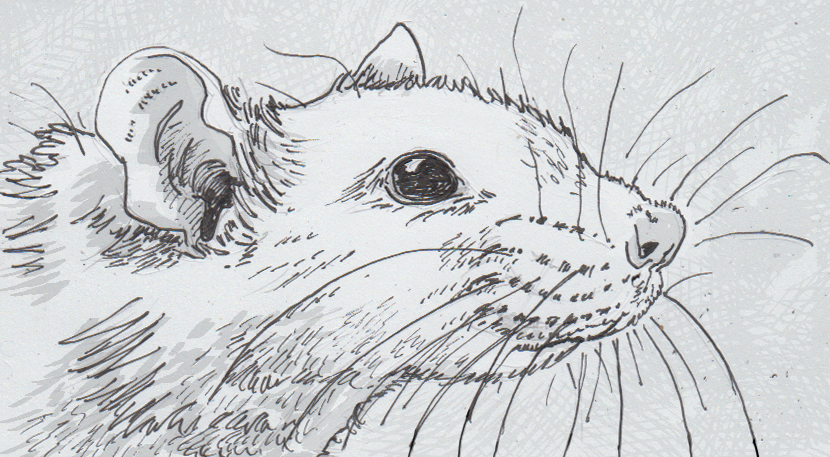 While technology makes many tasks easier and easier, some are still more easily performed by animals. Dogs have a famously sensitive sense of smell which we have harnessed for various kinds of emergency work, such as finding traces of dangerous substances, or victims of accidents. However, when a dog isn’t available and you don’t have time for a mass spectrometer, it turns out rats can use their noses to get the job done just as well, once you take the time to train them.

Rodents at the ready

The ease of training rats is actually one of the advantages that has led the Dutch National Police to employ rats in identifying various substances, such as gunpowder or the distinct signature of counterfeit cigarettes. In just ten to fifteen days, the rats can reliably identify specific odors with just a bit of positive reinforcement. Their trainer, Monique Hamerslag simply gives them a treat for focusing it’s attention on the desired substance, although she jokes that the rat may feel it’s trainer her about providing treats. To make training more efficient, and therefore affordable to the police department, some of this reward loop can be automated— when the rat interacts with the correct sample, a dispenser can release a treat, speeding up the training.

As much as the rats enjoy the treats, they likely enjoy a bit of direct interaction as well. Rats are very social animals, and when working with humans can learn to come to their name, as well as a variety of other vocal and visual cues. In more casual settings, many rat owners have trained them to perform a variety of tricks, some of which certainly invite more comparisons to a well trained dog.

There are some limitations to what can be expected of these helpful rodents. They’re generally shy creatures, so unlike a dog that is happy to explore a new location, rats need to have substances brought to their home at the lab for inspection. As nocturnal animals, trainers like Hamerslag also try to work in low light to keep them comfortable. Finally, common brown rats (Rattus norvegicus) generally only live two to three years, so even though they can be trained to this task faster than a dog, they can’t stay on the force for very long either. Apparently that is enough time to become personally attached to each rat though, especially once they start learning to come to their own names.