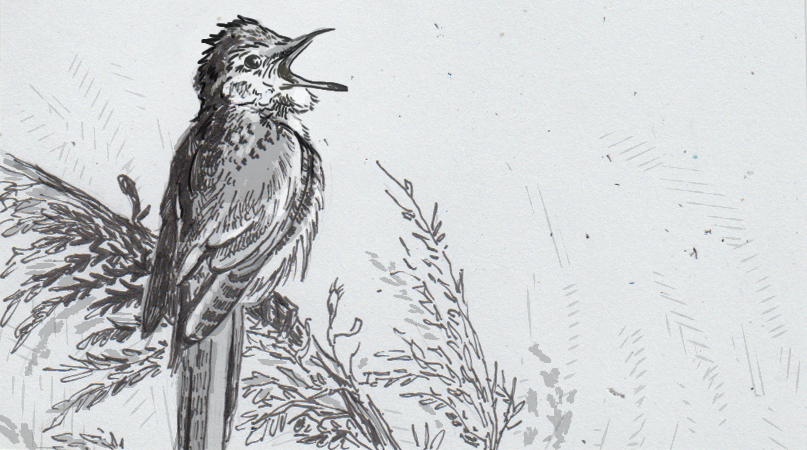 No parent wants their kids mixed up with the wrong crowd. This is especially true for Eurasian reed warblers (Acrocephalus scirpaceus), who have to fear for their offsprings’ very lives if they end up in a nest with a cuckoo chick (Cuculus canorus.) This can happen when a cuckoo mother lays an egg in the nest so that it’s young can basically steal the parental resources of the warblers after it pushes their eggs out of the nest. Since the warblers seem powerless to identify a hatched cuckoo after it’s taken over (even though they’re kind of obvious), they instead focus their attention on weeding out cuckoo eggs before they hatch, even if it means occasionally purging one of their own eggs by mistake. As grim as this all sounds, it appears that the reed warblers may have developed a strategy that is giving them the upper-hand: looking for cuckoo parents more than cuckoo eggs.

While a lot of research has been scrutinizing how well birds can identify their own eggs, not as much as focused on how the parent warblers behave as a group. It turns out that they rely on their community quite a bit as a sort of “neighborhood watch.” When a cuckoo is spotted, reed warblers will raise the alarm, sometimes loud enough to be heard over 130 feet away. The warblers may then mob the cuckoo, basically chasing it out of town. Birds then seem to consider these alarms when assessing the contents of their nests, although they don’t base all of their decisions on the squawks of their neighbors.

The second indicator the birds seemed to consider was their own encounters with cuckoos near the nest. Cuckoos are capable of laying an egg in as little as ten seconds, so the warblers can’t assume that they’d catch them red-handed. However, probably to avoid too many false positives, they can’t always assume that every cuckoo they see has succeeded in their mission. As such, they don’t seem to throw out more eggs just based on these experiences either.

The resulting strategy is that they act on the combination of these events. After comparing wild birds, events with staged alarm calls, and even model cuckoos, researchers found that it was the combination of alarmed neighbors plus a personal encounter that most often pushed the warblers to purge eggs from their nests. This way they balanced the risk of overzealous neighbors as well as their own dumb luck, which implies a more sophisticated thought-process than just pattern recognition on eggs.

These techniques might be making a real difference to the cuckoos, who have seen their populations decline by 60% in the last 30 years. This may be that this multi-threaded threat assessment is just a very effect tool, or it could be unrelated. Whatever the reason, the warblers seem to appreciate their success to a degree, and seem much less tense about cuckoo eggs than their ancestors. While the reed warblers are alert for cuckoo parents, they’re less likely to purge eggs than they did 30 years ago. Either they’re winning this war, or leaving an opening for cuckoos to exploit with the next innovation in parasite-parenting.

Source: Neighbourhood watch and more: how reed warblers watch out when there’s a cuckoo about - See more at: http://www.cam.ac.uk/research/news/neighbourhood-watch-and-more-how-reed-warblers-watch-out-when-theres-a-cuckoo-about by Alex Buxton, University of Cambridge Research News