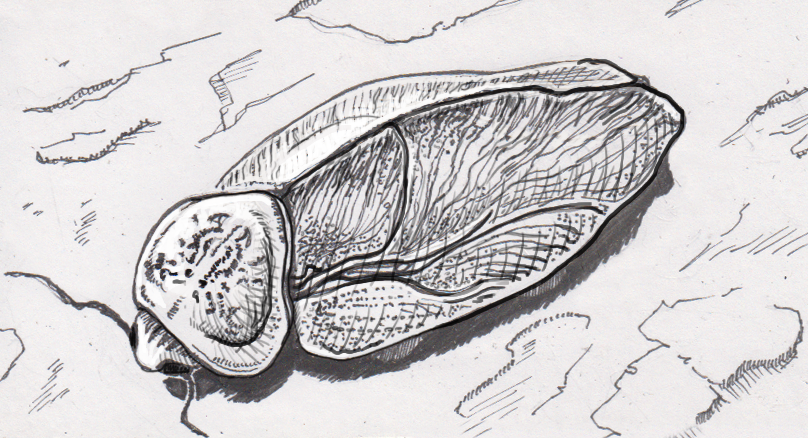 According to popular lore, nothing will ever bring down cockroaches. They’ve supposedly been on Earth since time immemorial, and will be hear long after humans wipe themselves off the map. What’s more, they’ll probably continue living in the ruins of our kitchens just to spite us. Unsurprisingly, careful research is finding that the legendary persistence of cockroaches just isn’t true. In fact, some fabled dates of the roaches’ origins appear to be wrong by at least 160 million years.

The story of cockroaches was thought to have started in the Carboniferous Period, over 300 million years ago. It was a time when much of the planet was constantly warm and humid, which admittedly does sound like something a cockroach would be into. Fish were starting to look more like their modern counterparts, but terrestrial vertebrates were just getting started as proto-amphibians. While the world definitely had plenty of insects at this point, as they seemed to evolve alongside some of the first terrestrial plants 479 million years ago, there’s no evidence of true cockroaches. The closest thing would be a confusingly-named group of bugs called “roachoids.”

Roachoids were cockroaches ancient ancestors to be sure. The beetles resembled modern roaches enough to be given the associated name, but they weren’t strictly the first cockroach. In fact, the roachoid lineage was diverse enough that modern cockroaches are more closely related to a praying mantis than the roach-like insects from 300 million years ago. Aside from the name, part of the confusion in differentiating ancient roachoids from true cockroaches is that many fossil specimens were originally misclassified. It’s estimated that only 25 percent of supposedly ancient cockroach fossils are actually cockroaches, and as these identifications are corrected, the age of roaches will continue to be refined and adjusted.

Cockroaches in the Cretaceous

This isn’t to say that cockroaches are the newest bug on the block. Cretaholocompsa montsecana is the oldest known roach, and it was scuttling around what is now Spain in the Cretaceous period 130 million years ago. That makes it a younger lineage than a Stegosaurus, but older than a Triceratops. No matter who its neighbors were, it probably lived in their shadows similarly to roaches around humans, eating and cleaning up after scraps and waste. There’s a fair chance that there were earlier cockroaches as far back as the Jurassic period, but their lineages seem to have gone extinct, with no descendants alive today.

Beyond the trailblazing of C. montsecana, there isn’t a lot of roach diversity in the fossil record until after the dinosaurs went extinct 65 million years ago. Other cockroach species have turned up from 40 and 50 million years ago, and researchers suspect that most modern cockroach species started to evolve around this time period. None of this makes roaches any more pleasant to discover on the sidewalk or under your sink, but it might influence your thinking about just how immutable these supposed living fossils really are.

Source: Old, But Not That Old: Debunking the Myth of Ancient Cockroaches by Dominic Anthony Evangelista and Manpreet Kohli, Entomology Today