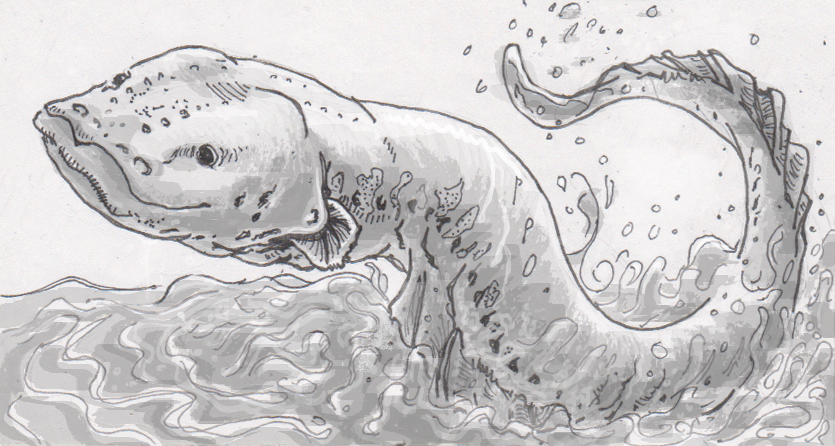 210 years ago, Prussian naturalist Alexander von Humboldt learned that the preferred bait for catching electric eels was horses. Not horse meat, which the eels don’t eat, but live horses or mules themselves, which the eels treat as a threatening predator. Humboldt had hired locals living along the Amazon river to catch eels on his behalf for study, and was rather astonished when he saw the eels leaping out of the water to butt their faces into 30 panicking horses and mules. The eels were apparently shocking the large mammals, causing two drownings in the dramatic procedure that netted Homboldt five live eels. When describing the scene later on, most audiences dismissed the entire idea as “tommyrot,” but a dedicated biologist from Vanderbilt University has now confirmed the plausibility of the story, even though it meant getting repeatedly electrocuted himself.

Attacking in the air

Like many of Humboldt’s detractors, professor Ken Catania wasn’t interested in the use of horses as much as the supposed behavior of the eels. Electric eels (Electrophorus electricus) normally use their manipulation of electric currents to find their way through the murky waters of the Amazon river, stunning or paralyzing the small fish they consider prey for easy capture. The idea that eels might also throw themselves out of the water towards a threat seemed bonkers, at least until Catania was able to demonstrate this behavior in his lab. Using a plastic crocodile head, Catania was able to trigger a defensive response from captive eels. As the dummy predator lunged into the water, the eels would leap up, then touch their chin to the plastic lure to deliver a sizable shock. This behavior was demonstrated again using a plastic replica of a human hand that contained LEDs. When the eels felt they were in danger, from a horse hoof or a plastic hand, they did indeed jump up and shock their pursuers.

Now Catania has gone further, and found a way to more directly measure how much of a charge the eels can deliver to the terrestrial animals that threaten them. He did this by wiring up sensors to his own arm, then slamming his arm into an eel’s aquarium. The juvenile eel, named Finless, treated Catania’s arm as dangerous, leaping up to tag it with a shocking touch of the chin. By punching into a submerged ammeter, Catania could then measure exactly how much power the eel delivered, specifically looking at the amount of resistance in the temporary circuit that was tied to either air, water or flesh. He was also able to give some qualitative evaluation of the feeling of being shocked, which he said was akin to the zap delivered by electric fencing to livestock. He estimates that a larger, adult eel may be able to hit a predator with as much as nine-times the charge delivered by a taser, which is certainly enough to make a harassing crocodile think twice about eating an eel.

The precise measurements Catania gathered help explain why the eels bother leaping up out of the water. A zap delivered underwater would be subject to the water’s conductivity, dissipating the shock delivered to the predator. The air acts more like an insulator, helping ensure all of a shocks stopping power be delivered to the larger animal’s body directly. This behavior has probably evolved slowly over time, starting with zaps in the water, then chin touches, and then getting out of the water. At this point, eels have refined the process to deliver a considerable amount of pain very efficiently, assuming they feel cornered enough to lash out in the first place.

As bold (and painful) as Catania’s research may be, he admits his arm isn’t a perfect proxy for all eel-predator interactions. Scales or thick fur may create different amounts of resistance to the flow of electricity, possibly making this defense less effective against actual crocodiles or shaggy dogs. That said, Humboldt’s account already shows that it’s apparently plenty painful for creatures as large as a horse.

Source: Biologist reaches into electric eel tank, comes out with equation to measure shocks by Heidi Hall, News at Vanderbilt