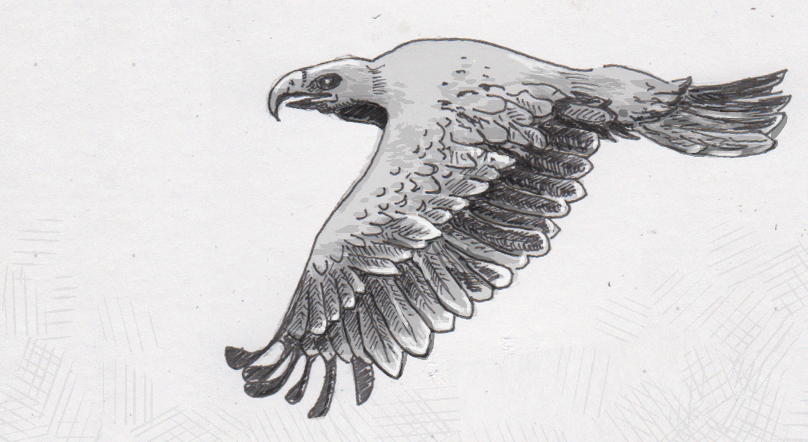 Sometimes, even if you can go home again, it’s better if you don’t. This tough choice is confronting conservationists trying to restore the Spanish imperial eagle to its original territories in Span, Portugal and northern Morocco. While the large, predatory birds don’t need food sources more exotic than a supply of rabbits, many of the obstacles that endangered them in the first place, like electric power lines, aren’t going away any time soon. As such, their best option may be to start over somewhere new.

Spanish imperial eagles (Aquila adalberti) are some of the rarest raptors on Earth, at one point being reduced to as few as 380 breeding pairs. The number one concern is power lines, which are apparently hard to avoid for birds with wingspans reaching nearly seven feet across, as they’ve evolved for speed rather than maneuverability. In other parts of the world, people have attempted to train large birds to avoid power lines, but these eagles also face other obstacles. The second cause of death is poisoning, sometimes intentionally and sometimes indirectly, as the birds may end up eating or scavenging prey like foxes that contain dangerous amounts of poison. Steps have been taken to mitigate poisoning, as harming the eagles is now illegal, there isn’t much margin for error when populations are this small.

Some signs of success

Looking at the success of relocated sea eagles in Scotland, conservationists have moved around 87 Spanish imperial eagles to new territory 50 miles away from more recently established habitats. The new territory wasn’t picked strictly for its relative isolation, as eagles had lived there when their numbers were greater, decades ago. This makes it easier for them to find the prey they require while avoiding introducing them as an invasive species to a completely unprepared ecosystem. The hope is that the birds will be far enough away from their biggest threats, allowing them to regain a foothold in the Iberian Peninsula.

So far results haven’t been flawless, but they’re generally positive. People haven’t given up poisoning the protected birds completely, but criminal investigations will hopefully reduce the frequency of such deaths. Most importantly, the relocated eagles are have been found to be doing a better job at boosting their own numbers. Surveys have found that the relocated birds are raising twice as many chicks as the eagles living in their original stomping grounds. This is not only encouraging for the eagles, but for conservationists looking for strategies that might help other threatened animals around the world.

Source: Parachuting birds into long-lost territory may save them from extinction by Amy Lewis, Science