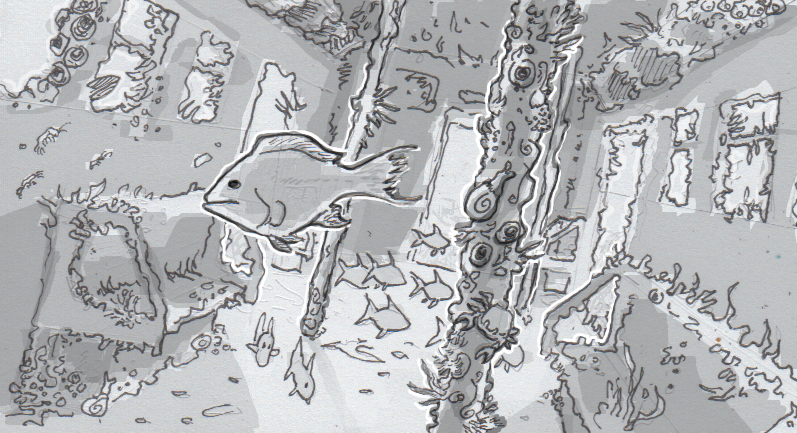 Most people, if given the choice, would likely prefer to live on a sandy, ocean-facing location over say, an old New York City subway car.  Many fish, however, seem to prefer the latter option, as demonstrated by their enthusiastic adoption of the Red Bird Reef, off the coast of Delaware. The artificial reef is made over over 700 retired, Redbird subway cars, and has been so successful at attracting fish to the area that a bit of a housing crunch has developed, with a shortage of good subway cars to send to the bottom of the ocean.

Artificial reefs are an ancient idea, first developed to either block waterways or attract fish and plant life to an area. The underlying premise is that shifting sands at the bottom of the sea can only support so much wildlife, and that solid structures can spark more diverse and permanent ecosystems. By sinking a ship, cinderblock or subway car, people are making up for a lack of naturally occurring corals and letting organisms like sea grasses, mussels, sponges and more anchor to something more solid than the sand. The structures also provide shelter for small to moderately-sized fish, which then attract even larger species to the area, like tuna and mackerel. As long as there are no toxins seeping from the sunken objects, even derelict washing machines can become home to a variety of life.

New York City’s subway cars have proven to be a very successful foundation for Delaware’s reef project. The interior spaces of the cars are large enough for sea bass with smaller features that allow fish like flounder to hide. The cars are also  heavy and almost entirely steel, resisting corrosion and the tides. The weight helps them stay in their designated location for both the convenience of the fish and divers wanting to gawk at the wildlife. They do have small amounts of asbestos in some of the glue, but they’re considered a safer bet than many other options, creating a bit of competition to get true MTA leftovers.

New York City generally maintains over 6,000 subway cars at a time. They’re obviously not all retired at once, although the Redbird cars, named for their red paint, were replaced in larger numbers between 2000 and 2005. Further limiting the supply of cars available to expand the Red Bird Reef, New York State planned its own reef, and thus halted their out-of-state deliveries. While states like Delaware, Maryland and Virginia lost this convenient source of reef-building materials, the Red Bird Reef clearly demonstrated that human