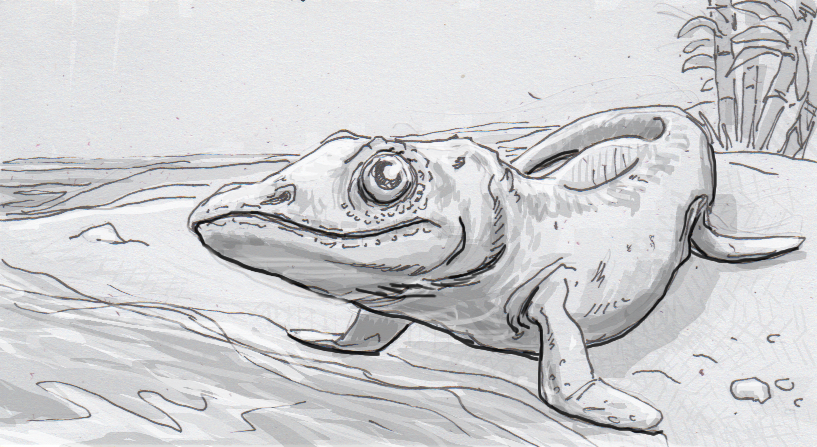 It’s not easy to come up with a silver lining to mass extinctions. The idea that as much as 95 percent of all living things may have been wiped from the Earth 250 years ago is frightening to imagine, but it sort of leaves you no where to go but up. Researchers from UC Davis have been looking at the aftermath of the Permian extinction, and found that like dinosaurs quick assent in global ecosystems, marine reptiles appear to have bounced back from the brink very quickly.

Much of what went wrong at the end of the Permian was the result of global climate change, most likely from massive amounts of SUV exhaust, er, volcanic eruptions. As temperatures shifted, it appears that the oceans weren’t sufficiently cycling nutrients and oxygen, making most of the Earth uninhabitable for the trilobites, tabulate corals, and placoderm fishes that called the oceans home. Carbon isotopes in the Majiashan rock layers indicate that the restoration of normal oceanic circulation was the key to rebuilding a diverse food chain.

As devastating as this extinction was, life actually seems to have rebounded very quickly. Sophisticated marine reptiles from 248.81 million years ago have been found, under four million years after the most of the world’s species died off. This isn’t to say that marine reptiles like ichthyosaurs were instantly in place the moments the oceans became habitable though— some of these earliest fossils are of creatures like Cartorhynchus lenticarpus, who likely lived an amphibious lifestyle while transitioning back to the sea. This sixteen-inch creature had the short snout of other terrestrial reptiles and flexible wrist joints appropriate for scooting along the shore. On the other hand, it’s heavy bones and reduced back legs point to a creature also spending a lot of its time in the water.

So while it took a few million years for reptiles to really settle into the seas, the transition started very quickly, probably taking advantage of the ecological gaps left open in the (relatively) empty oceans.