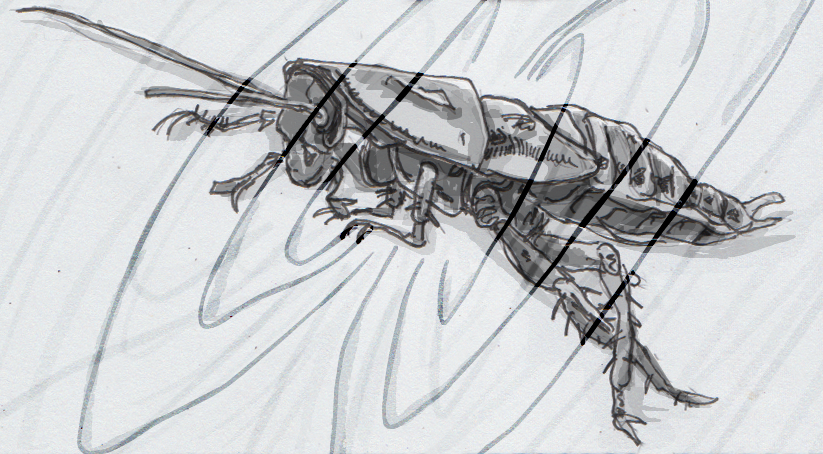 The role of mortality in magnetized cockroaches

When you start magnetizing cockroaches, you never know what you’ll find. For researchers at the Nanyang Technological University in Singapore, an investigation that was looking to probe how animals use magnetic fields to assist with navigation ended up yielding a variety of unexpected, if slightly unrelated, data concerning American cockroaches. By the end, they hadn’t uncovered any navigational abilities in the insects, but they did learn that a dead roach would be a better refrigerator magnet than a life one.

To start looking into how cockroaches (Periplaneta americana) might use magneto-sensing to get around, researcher first tried magnetizing them to see if it altered their mobility. The put both live and dead cockroaches in a magnetic field 100 times stronger than what’s on your refrigerator (about 1.5 kiloGauss) for 20 minutes. Then they looked at how strong a magnetic field the insects emitted, and how long that field lasted.

The flexibility of ferrous particles

Now, this isn’t to say that putting a magnetic field over a bug for 20 minutes will really turn it into a magnet itself. What is most likely happening is that magnetic materials inside the cockroach’s body, like greigite (Fe3S4), slowly get aligned to the exterior magnetic field. Any weak magnetic properties of these presumably tiny particles floating among the insect’s organic tissues is then easier to detect when all the individual fields are aligned and sort of working as a team. In the living cockroaches, this alignment and sort of ‘boost’ of the bug’s internal magnetic field lasted around 50 minutes. In contrast, the dead roaches stayed magnetized for 50 hours, which provides a clue about how this process is happening.

If the magnetization is happening thanks to greigite particles becoming better aligned with each other, then their mobility in the body is a key component of this process. In living roaches, the greigite is probably suspended in less viscous fluids, allowing it to become rescrambled faster. In dead roaches, those tissues are presumably hardening, and lack any active circulation system, and so they become unaligned much more slowly.

Not responsive enough for navigation

To get back to the original goals of the investigation, the faster decay of live roaches’ magnetic field is probably still too slow to be used for navigation. They’d be too unresponsive to an animal changing directions on the go, and so researchers suspect they may be part of some other chemical reaction in the insects’ physiology, either as a catalyst or a byproduct. So American cockroaches may not be the best starting point for modeling magnetic navigation, but they do provide a reference point of how magnetic materials may play a wider range of roles in animals, and how long they’d last as magnets themselves.

Source: The Curious Case of Cockroach Magnetization by Emerging Technology from the arXiv, MIT Technology Review