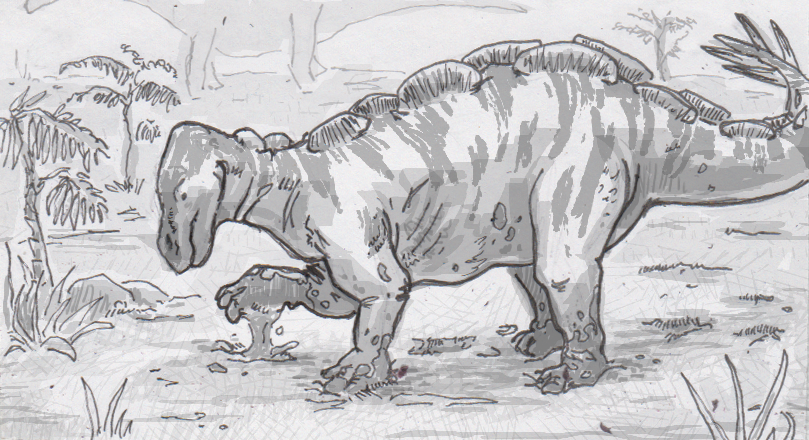 In 2008, the Western Australian government selected a section of coastline to build a natural gas processing plant, sparking a series of studies that ended with that coastline being designated a place of Australian National Heritage. To the Goolarabooloo people native to that area, the site was quite familiar, as it was part of their creation mythology. It was known to include stone footprints of Marala, the “Emu Man” who brought laws and order to the world. To further establish the site’s value, the Goolarabooloo contacted paleontologists from the University of Queensland, who found that the footprints of Marala were part of a multitude of fossilized dinosaur footprints, including the largest single track ever seen.

Massive by any measure

After spending over 400 hours examining the site, paleontologists recorded over 150 tracks from 21 types of dinosaurs across four major groups. These tracks date back as far as 140 million years ago, older than what had previously been seen in Australia. It also included footprints from stegosaurs, providing the only known evidence that that lineage of dinosaurs had ever been down under. As for Marala, the “emu” prints were a fair guess, as emus are distantly related to the carnivorous theropods that also stomped all over this coastline.

The largest prints were appropriately made by sauropods, the largest creatures to walk the Earth. The record-setting footprint isn’t enough to identify which species of long-necked herbivores was walking there, but being over five-and-a-half feet in length doesn’t allow for a long list of candidates. This print clearly eclipses the previous record-holder, which was a little over three feet long, made by a titanosaur, a kind of sauropod, in the Gobi Desert.

In this case, the size difference is obvious, but measuring the exact size of fossilized footprints isn’t always easy. Many of these trace fossils were made in soft mud, and as such don’t have the cleanest edges to measure against. The deepest part of a footprint can look significantly different from the widest sections higher up, and so pulling out a tape measure isn’t necessarily a straight-forward process. Ideally, a mold of the print can be taken so that it can be referred to again in the future, allowing for other interpretations of the exact dimensions.

In the case of the Australian footprints, being on the coast complicated measures quite a bit. The footprints were only accessible during low tide, and so researchers couldn’t work with their usual methodology, slowly staking out a site over time. Fortunately, technology now allows for faster surveys without sacrificing much detail. In addition to more traditional methods like casting molds and taking photos, remote drones were employed to take aerial photos as well as detailed, 3D laser scans of the 15 miles of tracks. Now that the area is a National Heritage site, there’s a less time pressure, but that doesn’t make surveying footprints underwater any easier.