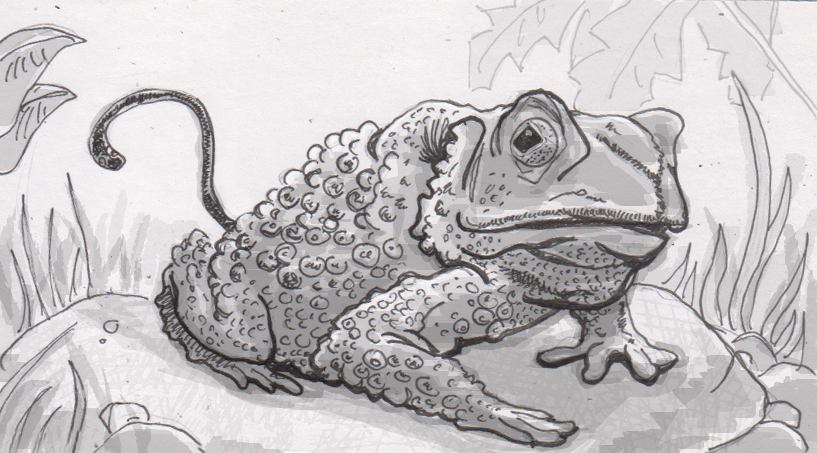 Scientific tips on how to survive being swallowed

If you should find yourself being eaten by another creature, what are your odds of survival? As a human, anything putting you in it’s mouth is probably going to need to chew you up a bit first which will probably end things right away, but if you find yourself pulling a Jonah and being swallowed whole, there may be some chance of making it out of a creature’s belly alive. Ignoring scenarios involving divine intervention and parasites that intend to be swallowed in order to nest in a creature’s gut, scientists have found a handful of creatures that made it out of a another creature’s belly alive. Based on those creatures’ experiences, here are some guidelines to help you make the most of a dire situation.

Make it past the mouth

The first step is to slip past the mouth without being crushed. This isn’t entirely in your control of course, but try to be much smaller than your predator to require less chomping and crushing. Toads and birds are a good choice too, since they generally just gulp things down whole, skipping any sort of chewing activity.

Once you’ve “safely” made it to your predator’s stomach, it helps to have some sort of outer covering that will protect you from stomach acids and other digestive enzymes. Snail shells, layers of mucus coating your body, and even reptilian scales might survive the trip. If you go with a scale-like covering though, you’ll need to make sure they’re tightly interlocking, otherwise the corrosive stomach juices might find their way to your more sensitive skin underneath.

Assuming your body is retaining its structural integrity, you’ll need to have a plan for the lack of oxygen in a predator’s digestive tract. Once again, being small and relatively low-energy like a worm or even a snake will likely help, as a warm-blooded mammal will likely need more oxygen per second to keep their metabolism going. If you do need O2, it’s a good idea to hurry through the digestive tract as fast as possible until you reach air on the other end, rather than waiting for your predator’s intestines to slowly push you along. Even then, you might still be in trouble— a brahminy blind snake (Indotyphlops braminus) was once observed successfully wriggling out of a toad’s digestive tract once, but the escape took its toll, and the snake died within five hours of its ordeal.

If wriggling through intestines seems like too much of a risk, consider the tactics of the rough-skinned newt (Taricha granulosa). When swallowed, the newt can excrete enough toxins to kill it’s predator before the stomach acid can really cause harm. At that point, the newt only has to crawl back out the esophagus and mouth, skipping its predator’s rear end entirely.

Once you’ve escaped death by digestion, the rewards of your efforts may extend beyond being able to see daylight ever again. Whoever ate you is likely to have traveled while you were on the inside, and if you’re healthy enough, may help you spread your species to new territories. Once again, try to be swallowed by a bird, because they’ve been known to take their undigested meals to new islands that otherwise would have been completely inaccessible.

Source: There are animals that can survive being eaten by Sandrine Ceurstemont, BBC Earth