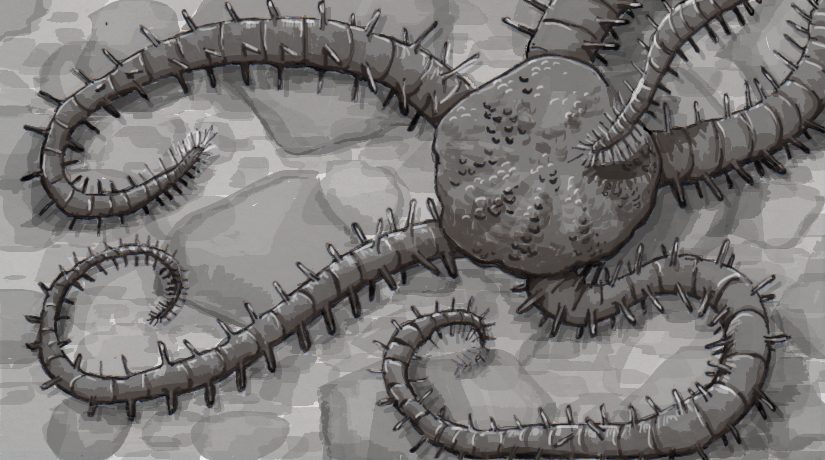 Scientists figure out how brittle stars see with their skin

It may seem redundant to state that an eyeless creature sees light in unexpected ways, but brittle star vision has now surprised scientists for the second time. The spiny mollusks’ behavior had long suggested that they could perceive light and darkness, as they change coloration to match their surrounding lighting conditions, as well as move for shadier locations when exposed to bright light. However, figuring out how the brittle stars noticed lighting in the first place wasn’t easy, as even the most eye-like structure has turned out to be unrelated to vision.

In addition to grip-enhancing spines along their legs, the limbs of brittle stars like Ophiocoma wendtii have also been found to be speckled with microscopic crystalline structures. It was then thought that these structures might function as tiny lenses, letting brittle stars better resolve light sources. The image created by such a system wouldn’t necessarily create crisp imagery for the mollusk’s brain, but it seemed like the most logical explanation for an otherwise unusual sensory system.

As tidy as that hypothesis was, when researchers finally tested the supposed lens-structures directly, they found that the cells that made up the bumps had no cellular mechanism to interact with light. Instead, experiments with fluorescing proteins found a completely separate set of cells was handling the brittle star’s light-detection, completely unaided by the crystalline bumps on the animal’s legs. Instead of being only on the legs, the brittle star’s actual photoreceptors were all over its body, showing just how much we hadn’t been able to see about their vision from earlier observations.

While there are more light-sensitive cells than previously thought, this doesn’t mean that brittle stars are seeing a lot more than we realized. If the animal is able to resolve a single image in its mind’s eye, it’s likely very crude, with just enough resolution to see where potential shelter may be, and if something is moving their way in a hurry. They’re certainly still missing out on the amazing eye candy that surrounds them in the tropical reefs they call home.

Source: Brittle stars may 'see' with their skin by University of Oxford, Science Daily