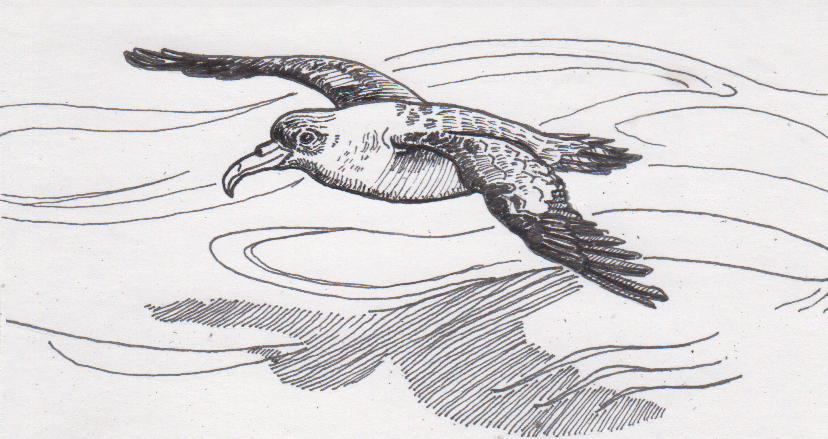 Not that we should start trusting breakfast cereal mascots all the time, but it turns out that Toucan Sam was onto something when claiming that we should “follow his nose.” It seems that while keel-billed toucans probably don’t smell much of anything with their large beaks, other birds are turning up with some considerable uses of olfactory information in their daily lives. Studying birds’ sense of smell isn’t always easy, but a recent look at Scopoli’s shearwaters suggests that these birds aren’t using their noses to find anything like Froot Loops, but instead use them to find their way back to shore when flying over the sea.

Staying oriented over the ocean

Scopoli’s shearwaters (Calonectris diomedea) resemble oversized gulls, complete with slightly hooked beaks for snatching up seafood. Their diet is largely based around grabbing squid from just under the surface of the water, but they can dive as deep as 50 feet under the water if need be. Depths aside, their foraging often covers a lot of lateral territory, with birds easily traversing over 100 miles in a single trip. A journey like that is only possible if one has confidence in their navigation, which is why researchers tracked some birds after plugging up their noses.

To test how Scolopi’s shearwaters are using smell to navigate, 32 birds were divided into three groups. The control group was left untouched, but the other two had their suspected navigation systems disrupted. In one case, that meant attaching magnets to their beak, supposedly to disrupt the birds’ sensitivity to the Earth’s magnetic field. The last group had their olfactory abilities disabled, using zinc sulfate to block smells but not airflow for breathing.

The birds were electronically tracked, revealing that the zinc sulfate disrupted the birds’ sense of direction more than anything. When flying home, the aroma-blind birds still flew a straight course, but they did so along he wrong trajectory. As they continued, they never really course-corrected, making scientists suspect that they were missing the scents of odorous landmarks that they normally used as reference points. It’s suspected that these smells may originate from algae and phytoplankton under the water, but at this point we can’t be sure what the birds are smelling to make their mental maps.

Bird navigation has been the subject of a lot of research, albeit without the emphasis on odors. With many species making epic migrations, sometimes around the world, researchers have been trying to figure out what birds are using for their internal GPS systems. Despite the efforts of the Froot Loops’ marketing department, birds’ sense of smell hasn’t previously been seen as a likely navigational tool. This study suggests that, at least for some species, a lot of navigation is sensed through the nose.

Source: Experiment Shows That Birds Can Use Smell to Navigate in the Air by AFP, Seeker