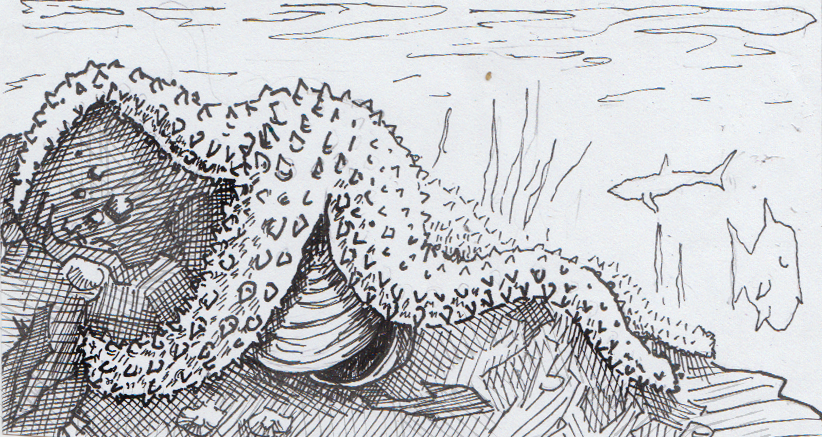 Cast off what you think you know about Starfish. Actually, start by dropping that name— these animals aren’t fish at all, being more closely related to a sea urchin than a mackerel. The name Sea Star is actually significantly more accurate, as they only live in the sea, and do indeed resemble stars. And just about everything else about them is a bit less straightforward…

These creatures can regenerate limbs, or in some cases, bodies, as their vital organs are distributed in their arms. And without a brain to worry about, there’s not a strong need to conserve any central portion of the body. There’s not even really a heart to consider, since sea stars don’t even have blood, instead relying on sea water to transport nutrients.

If this doesn’t feel sufficiently other-worldly yet, consider that many sea stars can consume prey externally. They use their arms, covered in suction-cupped feet, to pry open something like a clam or mussel, and then eject their stomach out of their mouth so that it can squeeze into the prey’s shell. The stomach then envelopes the meat inside the shell, digests it, and then is pulled back in through the sea star’s mouth.

If they weren’t cute star shapes, we can only imagine what name such a lifestyle would have landed these things.