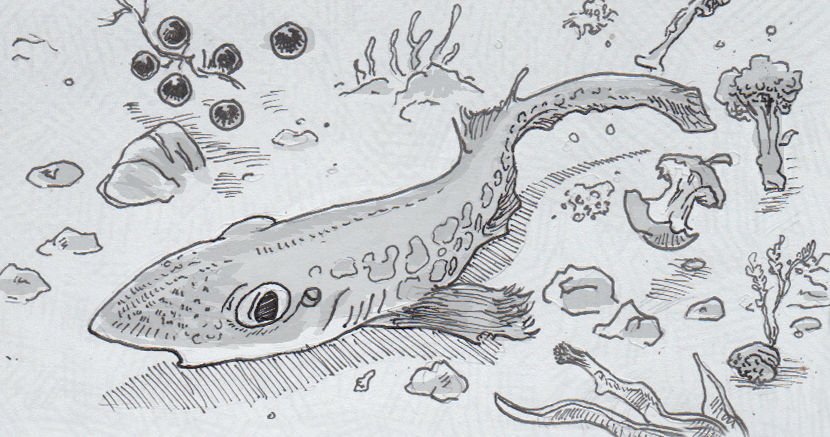 Sharks and bony fish found feeding on our sunken snacks

A recent study found residents of the Mediterranean coast enjoying a diverse diet of fish, beef, vegetables and fruit. This is weird, because the residents in question were sharks and other carnivorous fish who shouldn’t even have access to some of these items, much less a taste for them. By analyzing the stomach contents of over 400 fish from deep in the Mediterranean sea, researchers have found that a significant portion of these animals’ diet rains down from above, including a fair amount of human leftovers.

Most of what was found in the collected sharks and other bony fishes’ guts was dead fish and other animals sinking from shallower depths. The resident fish living over 6,000 feet under water apparently scavenge much of their diets, even if that meat is from members of their own species. Unfortunately, there was also a considerable amount of plastic found in the captured digestive tracts, although at only two percent by weight it wasn’t expected to be a major health concern to the fish. The presence of plastic wasn’t a surprise though, as plastic waste is actually expected to outweigh the ocean’s fish by 2050.

Outside of complete garbage being eaten, the big surprise in these deep-sea diets was the amount of leftovers finding their way into the water. Everything from beef to goat meat to a bunch of grapes were being eaten by these fish, sometimes making accounting for up to six percent of their food. The fact that these items were found in fish living under ferry or fishing routes suggests that humans are simply throwing their uneaten food overboard, rather than delivering it through some strange leak in our garbage collection process. The impact of such omnivorous behavior can’t be known at this point, and it’s likely that these tossed tidbits are more concentrated in the Mediterranean than in the open ocean. It’s nonetheless a reminder that even banal activities, like not finishing lunch, can make an impact on our environment.

Source: Deep sea sharks pig out on beef, lamb and veg we throw away by Andy Coghlan, New Scientist