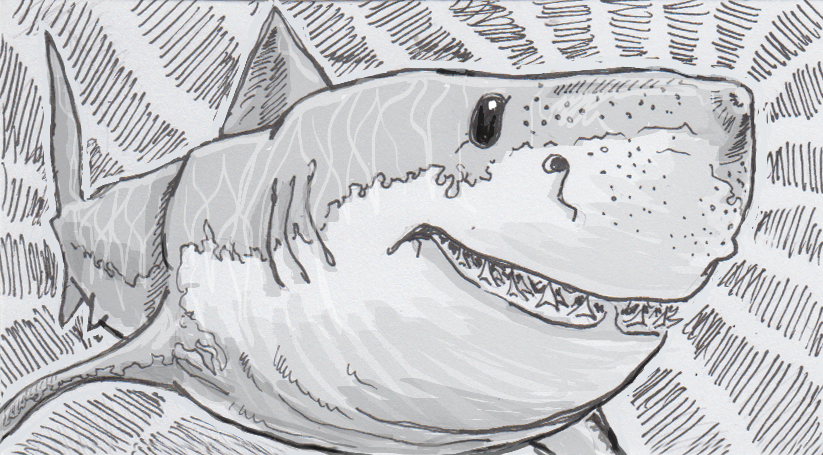 In addition to all their other great, predatory features, sharks can track potential prey through the electric fields created by moving muscles. While not as famous as their their sense of smell, this “sense” has been found to be extremely sensitive, to the tune of five nanovolts per centimeter. While salt water is a good conductor of electricity, it’s not the secret ingredient to this ability, which is also found in other cartilaginous fish like rays and skates. Instead, this food-finding power comes down to a set of special nerves and really conductive goo, secreted by the fish’s electro-sensing pores.

Since goo is somehow too nebulous a term, researchers from the University of California at Santa Cruz described this substance as a jelly, thick enough to stay put in the sharks’ pores without being washed away by the surrounding water. The pores in question are the sharks’ ampullae of Lorenzini (or AoL,) which were discovered over 300 years ago, but originally thought to be tied to heat or salinity detection. We now know that the nerves at the end of each pore are actually looking for changes in charge in the surrounding water in the form of flowing protons. The jelly then acts as the conduit between the water and the nerve, transmitting the positive charge created by a nearby fish better than any other natural proton conductor.

From fish to fuel cells

The sensitivity of this system allows these predators to detect and hunt for prey that may even be buried in the sand on the ocean floor, but it has engineers looking at it for slightly less aggressive applications. Batteries and fuel cells use a similar compound called Nafion, a carefully synthesized copolymer based off Teflon. Nafion is more effective than sharks’ jelly, but the fact that it has been “engineered” for millions of years through evolutionary selection means that is may reveal new ways to improve upon human engineering. While more work is needed to fully understand how the sharks and rays make use of their jelly, it looks like the key ingredient may be keratan sulfate, a compound containing acid groups that can easily act as proton donors, allowing a charge to be carried through the AoL pores.