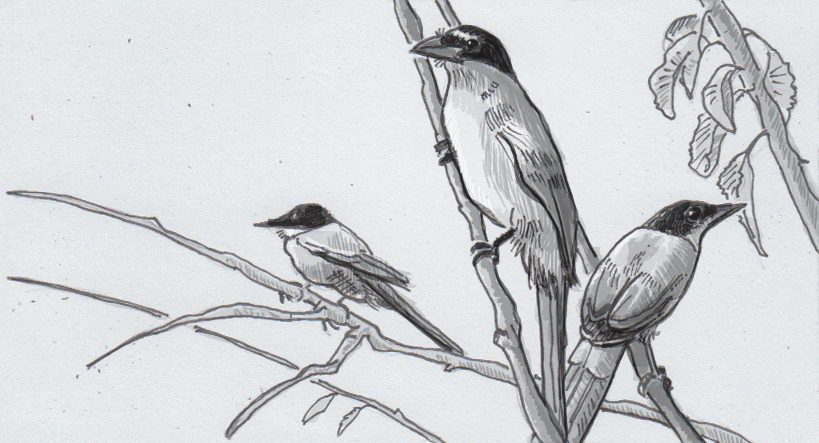 When times get tough, animals’ best chance is to band together, right? We’re often taught that coming together is a great way to overcome adversity, even building it into our cultural norms. Looking beyond human behavior, scientists have noted that many species have teamed up into social and more specifically, cooperative breeding groups around the world. These cooperative species often turn up in harsh environments like deserts and tundras, which has long been assumed to be a response to ecological challenges. While nobody is doubting that there’s strength in numbers, it does look like we’ve been looking at the cause and effect of these behaviors a bit backwards.

Teaming up before times get tough

Cooperative breeding can be thought of a bit like living with an extended family. Rather than have every offspring leave home as soon as they mature, individuals in these groups will stick around as adults and help care for younger members of the family. This extra help should give each baby a better shot at survival, and in a place like the desert, young animals likely need all the help they can get. Still, even with such obvious benefits to working together, researchers surveying 4,707 species of birds couldn’t find evidence that these animals started doing so in response to their environment. There wasn’t an evolutionary pattern of helping each other out after moving into more difficult territories.

Instead, it may have actually been the cooperation that made living in the deserts, tundras, and mountains possible. The pattern that emerged was that species became cooperative first, and then fared better when expanding their range into tougher locales. Working as a team does help the animals’ survival rates in extreme environments, but it doesn’t explain why they worked together in the first place.

The answer to that seems to be monogamy. When breeding partners are monogamous, their offspring will be full siblings of each other. This is always true of chicks born at the same time, but those birds will mature simultaneously as well, and not need each other’s help as much. But if the next clutch of eggs also have the same parents, the older offspring will have a motivation to help their closely related siblings. Helping more closely related family members is called “kin selection,” and full siblings are as close a genetic match as an animal could hope for outside of it’s own children, and it apparently can help keep offspring close to home to help care for the family.

Once a supportive family has been established, the sky’s the limit. Outside of extreme environments, there’s signs that cooperative breeders as simply more versatile as well. Non-cooperative birds like puffins are successful, but limited to specific ecological niches. Cooperative magpies or crows can take their teamwork to many more places.