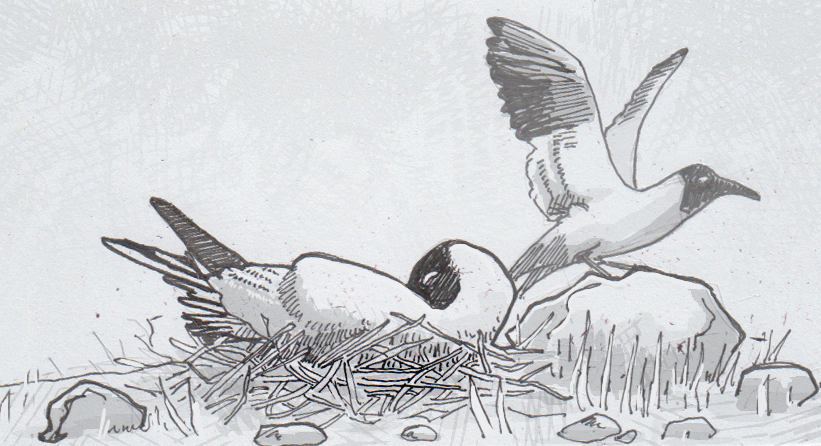 Sifting through the idiosyncrasies of egg-sitting seabirds

When my daughter was a baby, I was the one to resettle her when she woke up at night. It’s not that I was the most charming person at 2:00 am, but it was the rhythm we fell into as a family, and it worked for us. These arrangements may not seem intuitive from the outside, much less consistent— our own family didn’t follow the same pattern when my son was a baby, for instance. Parents in the animal kingdom can apparently be just as scattered, as a large-scale study of nesting seabirds found nearly every combination of scheduling imaginable, from 20 short shifts a day to two-day-long marathons.

Researchers gathered data from 729 nests across 91 populations of birds nesting along shorelines. By tracking the birds with cameras and even ankle-mounted light sensors originally intended to monitor birds’ flight, a huge amount of data was gathered on the habits of nesting parents. In all cases, the birds needed to be attentive to their eggs to protect them from temperature shifts and predation, and each tracked species normally split nesting time between male and female birds. After that was anyone’s guess.

Birds nesting in northern latitudes during long, summer days were basically unconnected from a 24-hour day. This made some sense thanks to the bright nights that occur closer to the Arctic. However, birds nesting further south with a consistent day/night cycle also seemed to ignore the 24-hour day, switching nesting duties at what seemed to be very irregular intervals. Even changes in the tides, which might make food more or less available at certain times of day, didn’t seem to make a big difference, with sitting birds apparently being ok to miss meals while stationed on their eggs.

A bit more consistency was found when considering fears of predation. Birds that stood out from their environment were more likely to switch nesting duties frequently, swapping parents nearly every hour in some cases. Birds with better camouflage had fewer hand-offs, possibly to avoid revealing the nest’s location in the process. This sometimes meant that one parent would be stuck on a nest for over a day, but their nutritional needs didn’t seem to be a strong influence on these schedules.

While nest safety seems to be a big concern, it’s still not clear what drives the decision for one bird to hand off the nest to their partner. The erratic scheduling could help keep the birds from being too predictable to potential predators, but they could also be set according to individuals’ preferences, without any conscious strategy behind it. Variation in parenting was present even within single populations of single species, meaning that these birds may just make these calls for themselves.

Source: How parents divide their duties by Martin Bulla, Scienmag