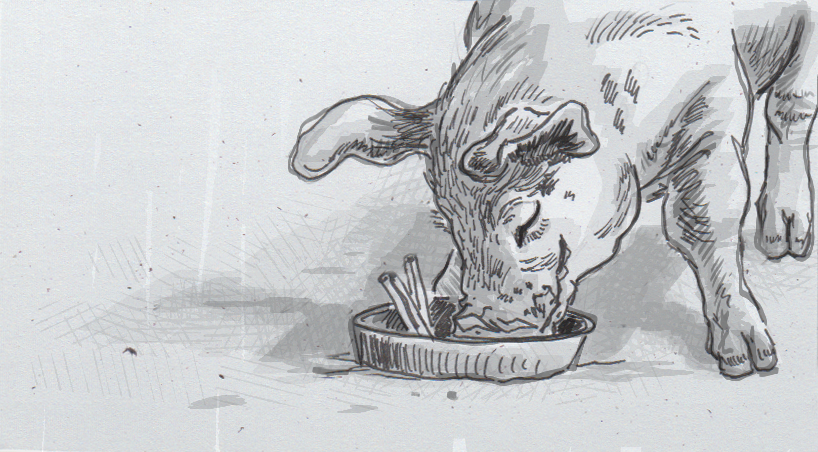 When pigs are really, well, pigging out, they start to face problems with their body temperatures. As they digest their food, the chemistry in their stomachs end up warming them from the inside out. Famously, pigs can’t really break a sweat to start to cool off, which is why they often turn to things like cool, insulating mud. To purge heat from the inside though, pigs usually resort to hyperventilation to cool off.  This sort of panting helps cool their bodies, but also generally stresses the pigs out, and so researchers have been looking for easy ways to help pigs stay cool during meals.

The culprit behind the pigs’ overheating is the production of carbon dioxide, or CO2. The chemical reactions creating the CO2 lead to a build-up of gas and heat, even if the surrounding environment is a normal room temperature. Fortunately, some of these reactions can be tempered by something as mundane as cinnamon mixed in with the pigs’ feed.

Using swallowable gas sensors, researchers were able to monitor how the cinnamon affected CO2 production in pigs while they ate. The cinnamon seemed to decrease the amount of gastric acid and pepsin in the stomach walls, which then slowed the production of CO2. Even a small amount of spice made a significant difference, as the pigs’ stomachs were effectively cooled by up to two degrees Celsius. With the pigs stomachs showing no other strains or symptoms, cinnamon seems like a safe and effective way to make the animals more comfortable and healthier. Researchers believe that humans may also benefit from this bit of gastric chemistry in our cooking, even if we haven’t been explicitly aware of what cinnamon offered beyond a pleasant flavor.

Source: The spice of life: Cinnamon cools your stomach, Scienmag