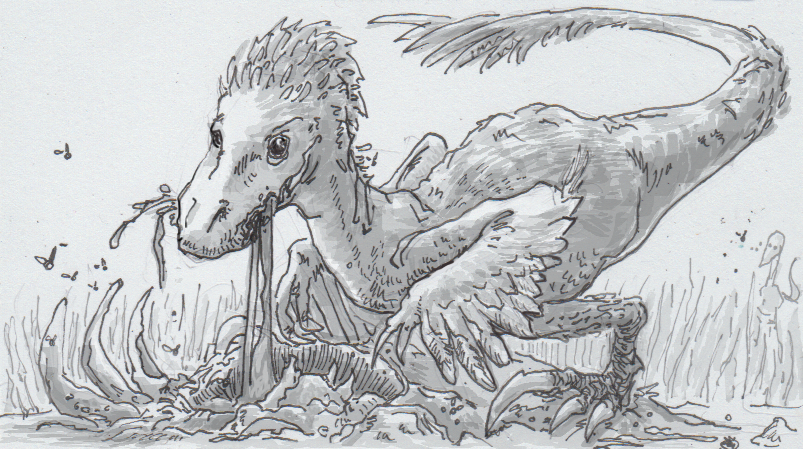 Simulations sort out which dinosaur species could survive on scavenging

Throughout all the studies of bones, skin, climate and more, one of the central questions that get paleontologists out of bed every morning is clearly “If I had a time machine, would species X be good at eating me?” As if humans collectively had some kind of death wish, we’re often most concerned that long extinct creatures might not be interested in devouring us. A new study from Trinity College in Dublin will is therefore likely garner mixed reactions from fans of fierce predators, as simulations show that some predators’ meals likely came without a battle, as they were likely to enjoy eating other animals’ leftovers. But don’t worry— T. rex was likely still aggressive and scary (mostly…)

The basis for this study was actually in work around modern animals, particularly scavengers like hyenas and vultures. These animals are critical to an ecosystem, as they recycle nutrients and energy from dead bodies while also cleaning up what could become breeding grounds for disease. With an understanding of how these modern animals operate, researchers created a simulation of a theoretical Mesozoic landscape to see which carnivores would benefit the most from scavenging. This wouldn’t be declaring that any species would be exclusive to scavenging or hunting, but looking along the spectrum of theropods to see which species would be the best match for the job.

It turns out that size matters a lot if you’re hoping to find your food lying around. You obviously don’t have to battle the beast that you’re going to eat, but you might have to fend off other would-be scavengers. You also need to be able to get around easily, since you don’t know where your next meal will be. With those two metrics in mind, the simulation showed that smaller theropods would likely struggle, as they’d have a hard time claiming kills as well as getting around the countryside to find their next meal. It would basically use too much time and energy, so they’d be better served catching small meals themselves. Mid-sized predators, like the 1,100 pound Utahraptor ostrommaysorum, would likely do quite well prioritizing found food. They’d likely be able to quickly traverse the territory while still finding enough food to make it worth the trip. And when they got there, they probably would have an easy claim on the meat.

Too slow to scavenge

The largest predators, like adult Tyrannosaurus rex weighing between 11,000 to 15,800 pounds, probably couldn’t get away with this kind of provisioning. While a juvenile T. rex could likely still find enough to fill its tummy, an adult would weigh so much they wouldn’t want to wander around for leftovers. It seems a bit odd to picture an apex predator being limited by its bulk, and they likely wouldn’t turn down the chance to scavenge, but this actually fits with other studies of how extra-large theropods fit in with their local food web, which have even proposed that they’d be too slow to get to choice carcasses before they were picked over. They could travel distances, but they’d be making sure to land a kill for themselves, rather than sharing with the neighborhood.