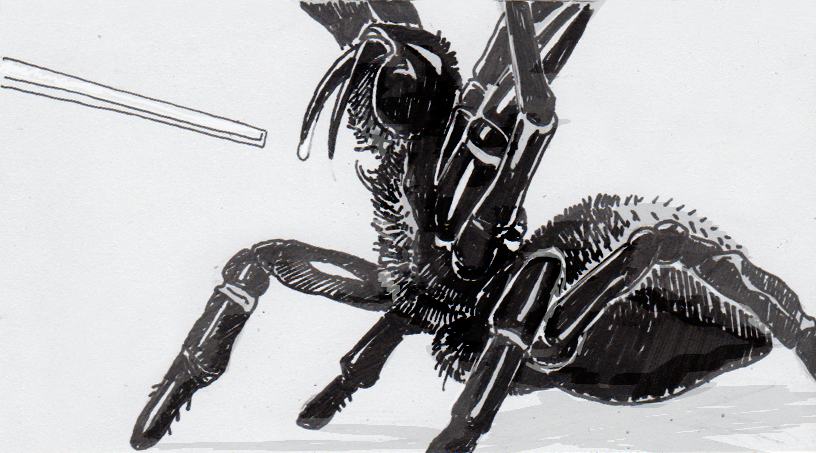 Singling out the source of spider venom for salutary purposes

Millions of years of evolution has created a number of powerful tools in the animal kingdom. Human engineers have been learning from these designs for ages, such as with Velcro being inspired by the hooks of a burdock seed. Sometimes inspiration can come from counter-intuitive sources though, such as current investigations into spider venom for its potential medicinal applications. The first steps have just been figuring exactly how spider venom works in the first place.

Spider venom contains neurotoxins that can cause paralysis, prevent blood clotting and break apart proteins in prey. This allows the spider to safely immobilize and consume prey, although it doesn’t actually help much in the actual consumption of their food, unlike say, a snake’s venom that can paralyze and aid digestion. This is somewhat surprising because as researchers have worked to isolate each of these abilities, they found that the venom’s evolutionary origin was from the spiders’ digestive tracts.

The venom’s closest chemical relative in spider physiology was a hormone that helped regulate sugar. Over time, this hormone’s role shifted from internal regulation to external attacks. This odd connection was only found through comparisons of the two substances’ structures, rather than any obvious matching genetic components. These sorts of small shifts in ingredients actually play back into the venom’s potential role in medicine, where small adjustments will be made to isolate a single attribute for therapeutic uses, rather than subject a patient to everything spider venom could throw at them.

In addition to spiders like the Funnel Web Spider at the center of this research, venom from other animals may be of use for things like blood thinners or pain killers. Centipedes have another similar but distinct set of toxins, also based on the same sugar-regulating hormone. In addition to offering more options to build off of, it may indicate that this form of venom evolved very far back, as these two arthropods are not closely related, with their last common ancestor living millions of years ago.