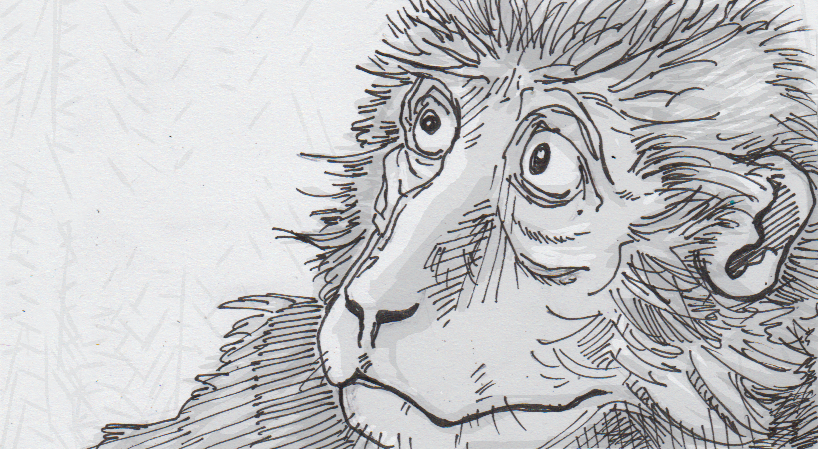 Size might not matter when it comes to brain complexity

The size of our brain has been a huge influence on human evolution. Aside from potential gains in intelligence thanks to a shifting brain-to-body ratio, our skulls have even been reshaped to accommodate the extra mass we carry in our heads. It was hypothesized that the evolutionary growth of our brain outpaced the growth of our skulls, forcing the brain to form increasingly complex folds, nooks and crannies (aka, gyri), which further boosted our cognitive abilities. However, a fossilized monkey skull has called that relationship into question, thanks to it’s high complexity but diminutive size.

The brain box of a 15 million-year-old Victoriapithecus was scanned and analyzed in 3D. The brain was found to fit expectations in its size, but defy them in its form. Across its 36 cubic centimeters, it showed an impressive number of gyri and a particularly large olfactory bulb. What’s more, this large odor-processing center didn’t seem to come at the cost of visual centers, which matched the monkey’s contemporaries. This goes against some ideas about some modern primates, which seem to have ‘sacrificed’ some of our olfactory centers for better visual capabilities.

Cause and effect called into question

This complexity also challenges models explaining primate brain evolution. Larger brains might not have predicated density and complexity as previously assumed. This actually supports recent genetic evidence that the genes driving brain size and complexity are actually independent. So rather size driving complexity and sophistication, the reverse seems to have been true for primates like ourselves.