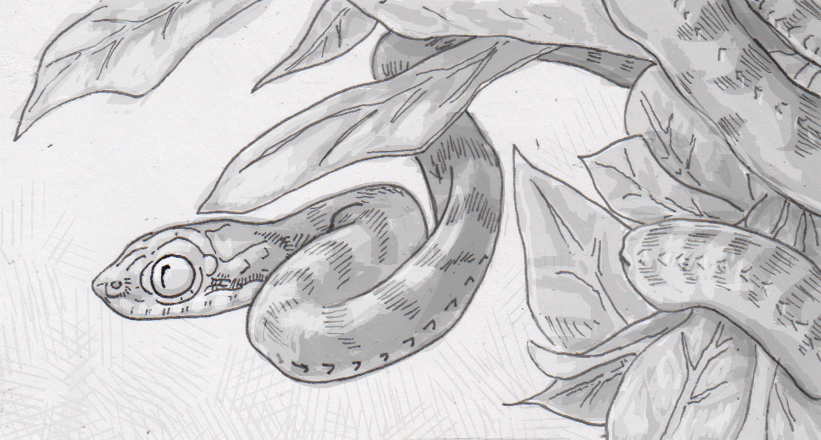 Snakes can make a substantial, if indirect, impact on local plant life

At meal time, snakes aren’t terribly interested in plants. The slithering reptiles are carnivores, and thus don’t even have the teeth to tear at leaves, let alone chew them. That doesn’t mean that snakes have no influence on their local flora though. Researchers are learning that snakes can help, or severely hurt, plant life in their habitats, particularly in terms of seed dispersal.

This isn’t to say that snakes are out foraging on seeds, but they do end up pooping them out in new locations. This is thanks to the food that snakes are interested in; rodents like mice are likely to be carrying seeds in their own guts or cheek pouches when they get eaten by a snake. The snake is unlikely to harm any rodent-wrapped seeds while they swallow their meal, and so the seeds can survive a trip through the reptile’s digestive tract. Some seeds seem to do quite well this arrangement— out of the 971 seeds that were found in 50 snakes digestive tracts, a number were even starting to germinate in the snakes’ colons, upping the odds that they’d grow once deposited on the ground.

Snakes don’t always help with seed dispersal though. Brown tree snakes (Boiga irregularis) were brought to Guam in the 1940s, and have been a destructive invasive species ever since. Their biggest victims have been the island’s birds, as 10 of the 12 native species have been wiped out by snakes. This kind of change has understandably caused havoc in the local ecosystem, particularly with the local donne’ sali chili pepper.

The donne’ sali chili pepper is a native plant species that has played an important role in the region’s culture and economy. While it’s popular with people, its most important fans are the birds that feed on the fruit and then poop the seeds in new locations in the forest. The peppers that were “planted” by birds are said to be spicier than those raised on people’s farms, making the loss of birds a big problem. While the birds are faring well on other islands in the region, Guam’s pepper plants have been decimated thanks to the snakes’ impact on bird populations.

At this point, only a small number of Micronesian starlings (Aplonis opaca) are holding out on Guam, avoiding snakes in the forest around the Anderson Air Force Base. To help them out, conservationists have installed 200 nesting boxes on poles so the starlings can keep their eggs safe from the tree snakes. There are some efforts to curb the snake populations, but for now most efforts are on keeping the snakes contained while getting the birds to eat, and poop, more chili peppers.