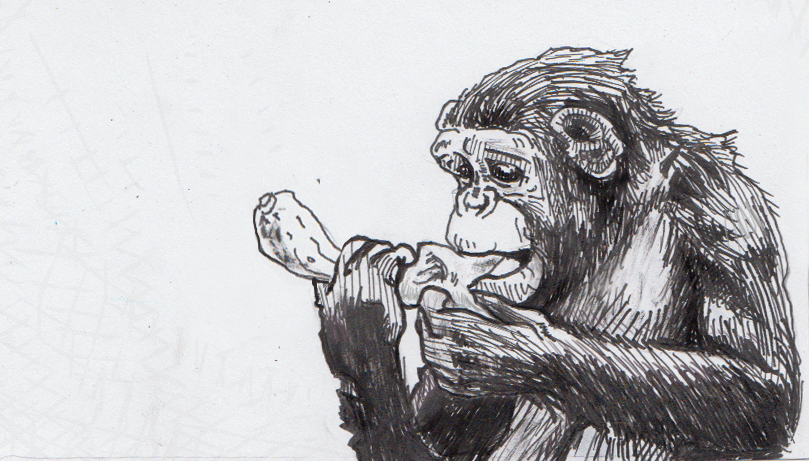 It’s pretty well established that humans make lots of bad, or at least irrational economic choices. We often do a bad job at comparing options, falling back on emotional cues, habits or mental laziness to inform our decisions.

One pattern is that we weigh possible loss much more heavily than possible gain, even if the amount of change in either direction is of equal value. For instance, giving someone a $1, then threatening to take it back if they don’t complete a task will likely be a stronger motivator then offering to pay them $1 for the same task. Once someone has something, it seems to take on greater than face value, and they will make potentially detrimental decisions to preserve it.

But a $1 is a $1, right? Where did we get this bias from? Possibly from deep in our family tree, as it appears that our closest relatives, chimpanzees and bonobos, both exhibit the same patterns.

This supports the notion that these biases are deeply ingrained in our thinking, and thus probably aren’t about to be discarded in the near future. Instead, it’s probably best to figure out how to utilize them for good, whenever possible. It will also be interesting to see just how far back in time this trait developed, as knowing the situations of the first species to develop a fear of loss might help us understand why it popped up in the first place.

Note: For more on irrational economic decisions in humans, check out Predictably Irrational, by Dan Ariely. It’s very approachable but very interesting to see some of the many factors that shape our decision-making, most of which we don’t recognize.