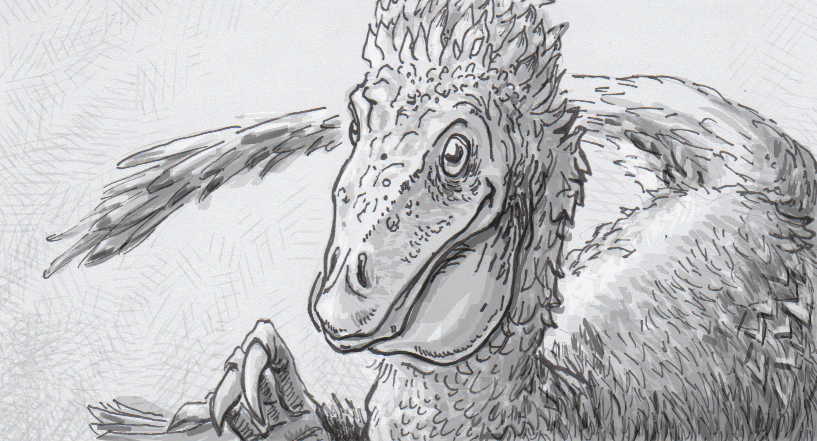 Some of dinosaurs’ biggest sounds were likely made with closed mouths

In the original Jurassic Park, dinosaurs were voiced by baby elephants, alligators, tigers, geese, donkeys, horses, dolphins and mating tortoises. Many of these sounds were slowed down to make them sound like they were coming from larger animals, then combined into shrieks and roars appropriate for a movie monster, but probably not for actual dinosaurs. A new analysis of bird vocalizations suggest that one or two exceptions, the emphasis on roaring and bellowing in this milestone film missed some crucial hums, coos and purrs that are apparently quite popular with surviving archosaurs like birds and crocodiles.

The study surveyed 208 species of birds and reptiles, finding 52 species that make some form of closed-mouth vocalizations. A few examples of such sounds would be the coo of a dove, made by pushing air into an airsac in the neck, causing the skin to vibrate, or the more guttural purring of a crocodile, which is made through a similar mechanical process in the throat. These sounds only really work in species at least the size of a dove, because smaller animals aren’t able to get enough force from their smaller lungs to make an audible sound in their  necks.

Closed-mouth vocalizations are fairly popular with species large enough to utilize them though. Statistical analysis of archosaur family trees shows that this kind of communication evolved at least 16 times, which is why scientists are suggesting it as a possibility for dinosaurs who are evolutionarily between reptiles and birds. In multi-ton bodies, these low-pitched sounds would have likely carried great distances, similar to the low-pitched sounds made by elephants today. This may have made them especially effective, since modern birds and crocodiles would suggest that these closed-mouth coos are used as part of mating displays, rather than aggressive intimidation.

This doesn’t rule out the possibility of other, more traditional roars or shrieks for dinosaurs entirely, as modern species that coo and purr can usually make other noises as well. While many of us think of songbirds’ tweets, a more common vocalization among birds and reptiles is some slightly less charming, breathy hissing. These turn up in Jurassic Park too, thanks to the geese who were recorded to help portray the movie’s over-sized raptors.

Source: Bird research suggests calling dinosaurs may have been tight-lipped by University of Texas at Austin, Phys.org