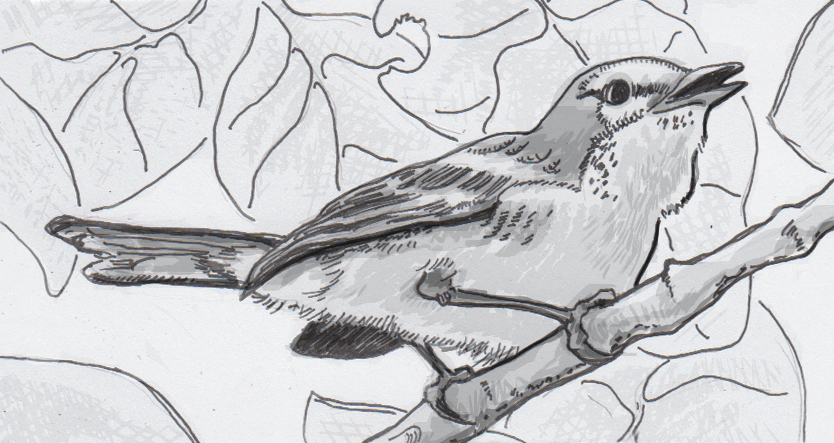 Songbirds rehearse before sunrise so their singing sounds sharp

Every morning, millions of songbirds the world over greet the sunrise with a series of songs meant to dazzle their would be mates and rivals. Like many great performers, these singers can’t just show up and sound their best. Male songbirds learn their repertoire as they grow up, which they then practice every day before the daily dawn chorus. That practice can require that the birds start their day unpleasantly early, and so researchers wanted to see just how much of an edge warming up in the cold hours of the morning gave these dedicated singers.

Recordings were made of Adelaide’s warblers (Setophaga adelaidae), a small crooner native to Puerto Rico. Starting well before dawn, warblers started going over their songs, generally with notable improvement as the morning went on. Pitches were more precise and transitions cleaner, meaning the birds put on a better show by the time the lights came up over the horizon.

The warblers’ warm-up period may help explain why a dawn chorus exists in the first place. Birds that prepped their voices in advance would sound better than those that slept in until the sun came up, which would then put pressure on their neighbors to warm-up as well. Since these songs are meant to attract mates and stake out a warbler’s territory, there is plenty of pressure to sound better than the next singer, each bird would have reason to start it’s warm-ups a bit earlier than the competition, a cycle that may have pushed start times to the wee hours of the morning.

The shared dawn deadline is then likely tied to how atmospheric conditions early in the morning are complementary for songbird sounds to travel. Usually high-pitched sounds don’t carry as far as low-pitched sounds, putting these tiny birds at a bit of a disadvantage. However, early morning songs may carry up to 20 times as far as an afternoon ballad, further pressuring warblers to be ready to go, first thing in the morning.