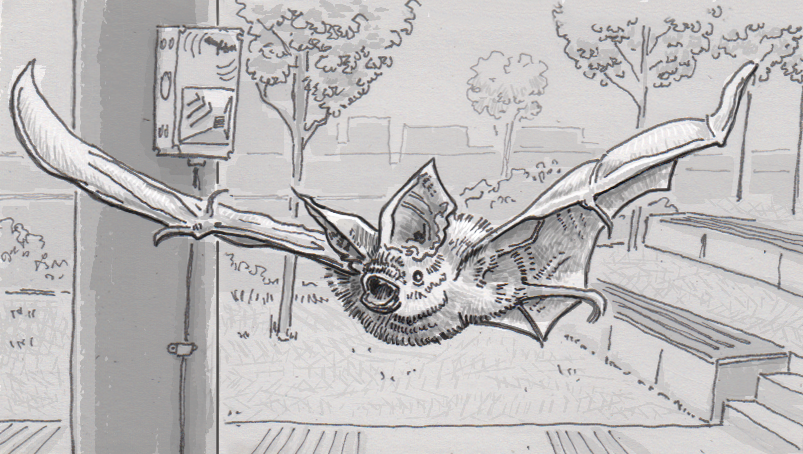 Sound used to survey everything from specific species to entire ecosystems

Humans have a pretty considerable bias for visual information, but sometimes watching the world around us just isn’t a viable option. Sometimes observations need to be gathered in the dark in places where a spotlight isn’t an option. Sometimes the presence of a human would scare off the creatures we hoped to observe. And as great as photos and video are, there’s a lot of activity in the world that just can’t be seen very well, even if it’s right in front of you. Fortunately, sound can help with all these cases, and a number of different lines of research have tapped into audio recordings to find out what’s happening in the air, in the woods, and even in the sea.

One of the more obvious targets to record is bats thanks to their advanced vocal abilities. Between echolocation and learned vocalizations, bats make plenty of noise to pick up with microphones. The microphones in question are set up in the Queen Elizabeth Olympic Park in London to detect when a passing sound is bat’s call, and then determine what species that bat is most likely to be. This allows for well-controlled surveys of local bat populations, all in a small package that doesn’t disturb people or wildlife. Monitoring bat populations is helpful for understanding the local ecosystem, but this audio-survey concept may soon be used for less distinct noises from other types of animals as well. To help people become of their flying neighbors, the data is also available online to see when the bats are out for their evening meal.

On the opposite end of the spectrum, researchers are also using audio to better understand organisms that don’t vocalize in any way at all. Rather than try to catch a noisy creature like a bat as it flies by, a team off the coast of Australia is using sound to monitor kelp forests. Almost like an artificial bat using echolocation to identify insects, small speakers and microphones at different depths are emitting “chirps” every second among the kelp. The changes in that chirp can then be analyzed to get a measurement of the water’s temperature, oxygen levels, acidity and more thanks to the way these variables affect a sound moving through the water. Building a baseline understanding of those effects has taken a lot of work, but the resulting system is much more practical for continued study than checking on kelp forests in person or with satellite imagery.

On a larger scale, sound recordings are being used in the rainforests of Papua New Guinea to survey the biodiversity of a wide range of animal species. Recording devices were installed at various locations in the forest with recordings taken for at least 24 hours at a time. The resulting soundtrack was then analyzed to pick apart the number of different creatures heard near each microphone, and what time of day activity took place. With that data in hand, conservationists could then see which areas of the forest had the most complex soundscapes as a proxy for being healthier portions of the ecosystem.

What they found was that forests get noisy when the birds and bugs start their day around dawn, and then again each night around dusk. Bird activity around the so-called “Dawn Chorus” has been studied in many different settings, and so this wasn’t a huge surprise. What was more surprising was how the audio data didn’t support conclusions made with visual surveys. Areas of the forest that were more geographically fragmented due to terrain or development had previously revealed more birds when they were counted in person. The microphones told a different story though, indicating that those fragmented areas of the rainforest were actually less diverse. It’s not that bird counting was wrong, but that looking for that kind of data might not be telling the whole picture.