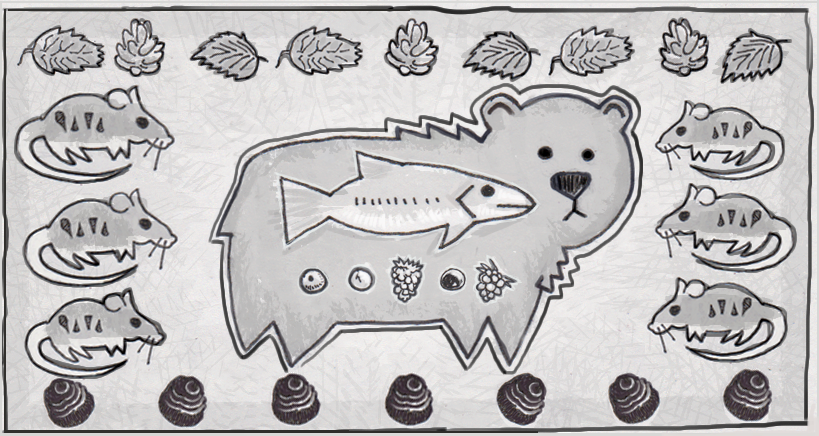 If you’re trying to grow more berries in your yard, you might want to check on the local salmon population. Fish might not seem like the most intuitive component of a healthy cloud or blueberry crop (ok, maybe salmonberries…) but researchers have put together a food chain that shows how everything from salmon to rodents helps plant life in places like southeastern Alaska. It all starts to make more sense when you consider the keystone ingredient in berry production, which is bear poop. Obviously.

While freshwater fish do end up eating food that doesn’t live in the water, the salmon are simply an attractive but imperfect food source in this ecosystem. As they migrate upstream to spawn the fish are famously snatched up by brown and black black bears attempting to fatten up for the winter. While the salmon the are not the only component of a bear’s diet, their population density does greatly influence how many bears can be supported in a specific area. If there are more fish to be eaten, more bears can gather to start eating the next link in this food chain, the berries.

Berries have long been a critical component of bears’ pre-hibernation diets. The sweet fruits offer a lot of nutritional and caloric value for a bear, but they also carry seeds that other organisms depend on. Those seeds generally pass through a bear’s digestive tract unscathed, turning the bear’s poop into a concentrated collection of rodent-ready berry seeds. Detailed observations, including motion-sensitive cameras tracking activity around bear droppings, found that a single poop carried enough seeds to feed a deer mouse for 91 days. Various species of mouse seem to be aware of these bear-processed buffets, and individual animals would often visit scat multiple times a day to get as many seeds as possible.

Because the bears create such a rich concentration of seeds in a single poo, many rodents will try to “scatter-hoard” excess seeds in the surrounding territory, burying them in various locations for safe keeping. Just like squirrels attempting to hide acorns over a wide range, some of these seeds are forgotten by the mice and voles that buried them, greatly increasing the odds that a new plant will germinate. So while it might seem like the bear poop could act as a potential fertilizer for a new berry plant, the unintentional gardening of rodents is what really helps more plants take root.

Many individual steps of this process may not seem surprising, but the whole chain of dependencies may change how conservation efforts are organized. There are many reasons to try to preserve any one of the species involved in this process, but a good understanding of how they interact demonstrates how complex and interdependent an ecosystem can really be, from fish to seeds saved from scat.