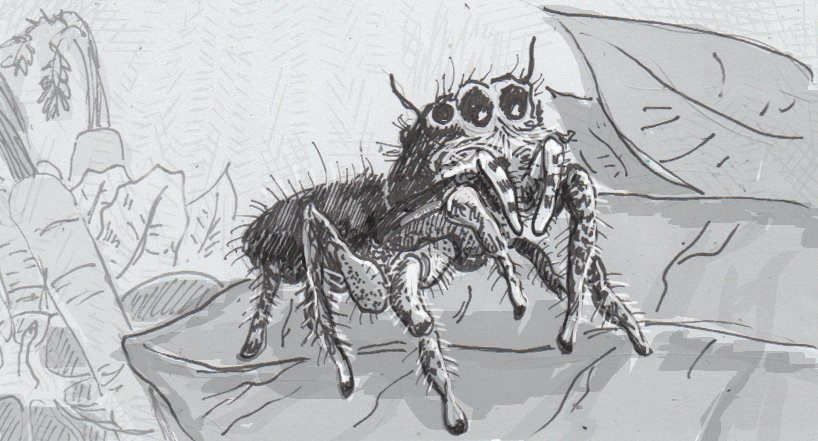 Spiders seem to have an interest in stalking the salad bar

Spiders lack teeth, but they make up for it by starting their digestive process inside their prey instead of their mouths. They usually do this by either injecting or vomiting some of their digestive enzymes onto their captured prey, making it easier to eat. It turns out that that the meal in question doesn’t always have to be a captured bug— some spiders seem to be happy to use some of these same recipes to feast on flora as a supplement to their fauna-based diets.

Eating plants isn’t the primary meal plan for spiders, so this behavior isn’t terribly common. However, it’s been scientifically observed at least 95 times across a variety of circumstances, which indicates that these weren’t necessarily one-off flukes with spiders that couldn’t tell the difference between grass and an actual grasshopper. Spiders have been seen putting some effort into acquiring vegetarian options, going as far as dodging ants to pursue a flower’s nectar or eat the sugary liquids secreted by aphids after the aphids eat some plants. They’ve been caught biting sap-filled mango leaves, and also found with fructose in their guts. In most cases, the spiders seem to target the calorie-rich liquids around plants, but in some cases they employ their usual carnivorous techniques to deal with plant roughage, injecting digestive fluids into plants to soften them before eating.

Not all spiders are necessarily going in pursuit of fruits and veggies though, with some possibly sampling only the pollen and seeds that accidentally end up in their webs. Much of the plant-eating seems to be concentrated in warmer regions, possibly because the warm weather encourages more nectar production in plants, making the trip to the salad bar worth the trouble. Of this narrowing pool of omnivorous spiders, sixty percent are associated with the family Salticidae, although since jumping spiders are one of the largest spider families, that qualification doesn’t narrow the field too much more.

While the efforts of these spiders to procure a bit of nectar hints at its importance, scientists wondered if nectar or pollen was enough for them to live off of. It seems that, while they do possess enzymes to digest nearly everything a plant could offer, those plants still aren’t enough for a growing spider. The arachnids forced into vegetarian diets showed stunted growth, and often didn’t molt at all. One species, Bagheera kiplingi, showed an exception interest in eating plants, but only lived a few weeks without at least some animal-based meals. As such, it may be that the nectar and veggies are a way for the spiders to add some nutritional breadth to their diet, as well as allow for a bit of flexibility in times when insect meals aren’t available. It doesn’t, on the other hand, mean that spiders are ready to go vegan any time soon.

Source: These Spiders Like Some Greens with Their Insects by Stephanie Pappas, Live Science