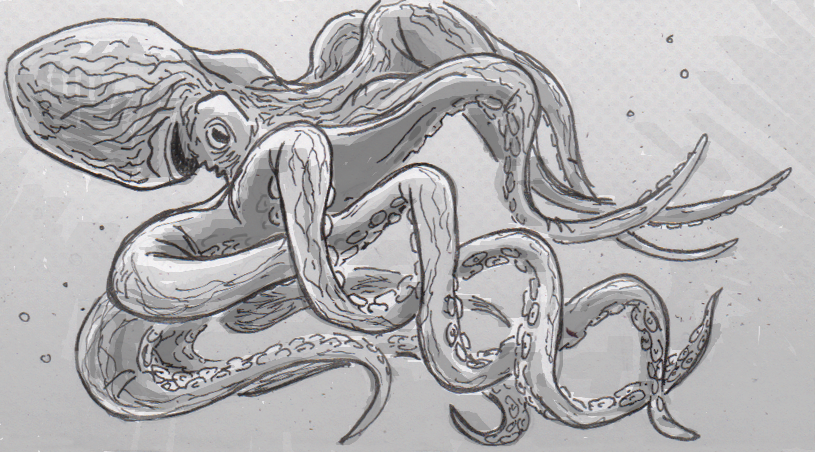 Squid, cuttlefish and octopuses found to aggressively alter their genes without updating their DNA

Cephalopods are part of an ancient lineage, with some of the family tree predating the dinosaurs. A subset of these animals known as coleoids, which includes octopuses, squid and cuttlefish, stand out from the group, which is hard to do in a family of boneless, tentacled, color-changing weirdos. What makes these particular sea creatures so unusual is their unusually-developed brains, the biggest of any invertebrate. It hasn’t been definitively linked, but new analysis of coleoid genomes suggests that big brains are the result of some very unusual genetic activity taking place on an unprecedented scale.

To get what big-brained coleoids are doing to build up their gray matter, we need to first take a look at how most animals grow their bodies. Most organisms on Earth are get by with their DNA acting as a sort of archive for the whole body’s blueprints. When new tissue is to be grown, separate but similar molecules transcribe the information from your DNA into a sort of working copy, usually pared down to whatever information is relevant for that part of the body. Proteins are then built off of the chains of RNA, and those proteins are then incorporated into new cells. As my second-grader put it, the DNA is the “instructions, and the RNA is the kit and tools you use to make something.”

Octopuses, squid and cuttlefish somehow didn’t find this system sufficient, and have shifted a lot of weight onto the “working copy” of their body plans. Instead of the small edit or transcription error here or there, usually not accounting for more than one percent of the overall genome, brainy coleoids change at lot as their RNA transcribes information from their DNA. Researchers found as many as 130,000 edited RNA sites, most of which concerned the construction of the animals’ nervous systems and brains. Instead of having the DNA carry the plans for advanced neurological functions, those instructions seem to only exist temporarily when the RNA goes to work. The one big exception to this coleoid editing process is the shelled nautilus, although just as they skip these RNA-upgrades, they’re also considered to be the dimmest bulb of the bunch, so the correlation holds.

It would seem like keeping some of these neat upgrades outside of your permanent DNA archive would have some drawbacks. Most animals do fine without these last-minute edits to their genome, so the extra complication might come with a price. As far as researchers can tell, the trade-off is that these species’ DNA has had to dedicate a lot of space to preserve the sections of data that need special RNA editing. As a result of this packaging, the amount of genetically-inheritable adaptations has been slightly diminished, which means that evolutionary change has been very slow-going.

The upside of this system is that even if each possibly beneficial mutation can’t easily be passed on to the next generation in more inert DNA, the last-second edits to RNA can be very responsive to the needs of each individual octopus or squid. It may allow for more flexibility with environmental changes, or even be a way to encode experiences and memory without a big cerebellum to put them in.

Source: Octopuses Do Something Really Strange to Their Genes by Ed Yong, The Atlantic