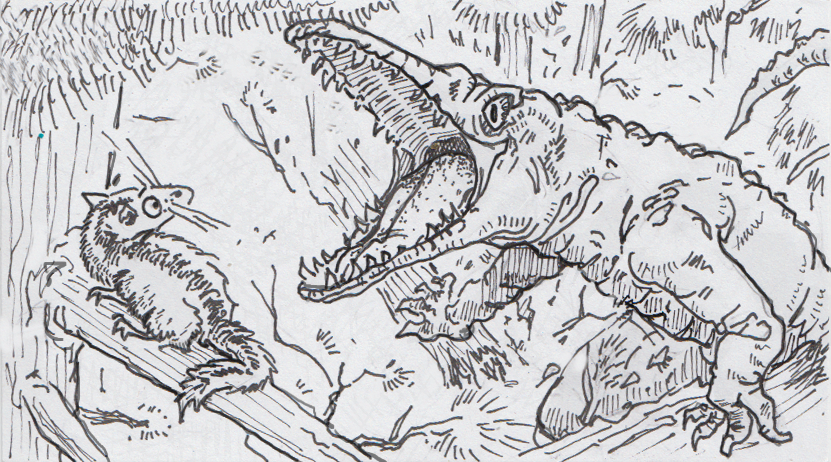 Standing crocodile may have been crocodylomorphs’ last stand as top predators

The Triassic Period was crowded, perhaps overcrowded, with predators. Multiple species were competing with each other, but a recent fossil out of North Carolina may have taken the crown of Apex Predator for its locale. And while we usually think of dinosaurs in the Triassic, Carnufex carolinensis, or the “Carolina Butcher” was actually a crocodylomorph.

The creature was 9-10 feet long, and lived on land, which made it one of the larger animals alive at the time when many dinosaurs were mostly slender theropods. The ‘Butcher’ probably dined on its smaller neighbors, like armored reptiles or early mammals, based on available evidence from the skull fragments discovered. More striking, it likely stood upright, at least compared to most people’s image of a crocodile.

While Carnufex is interesting on its own, what the species means to the ecosystem may be more significant. It demonstrates that crocodylopmorphs were filling out the top of the food chain, basically for the last time. By the Jurassic Period, large crocodylopmorphs like Carnufex were gone, leaving behind the smaller ancestors of modern crocodiles. This may mean that the extinction of these larger species was necessary for dinosaurs to rise up, and size up, over the course of the next 135 million years.