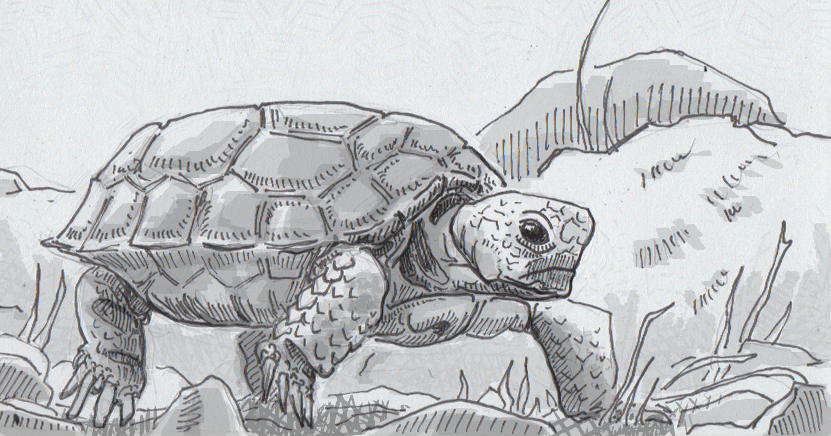 A new species of desert tortoise has been officially discovered, even though the animals under that banner have been known for years. Researchers working with these desert-dwelling reptiles had noted that there seemed to have been some suspect variations in some populations, such as flatter carapaces and stubby tails, but it wasn’t clear how different those difference really were. Only recently were they found to have been sufficient to really declare these traits to belong to a whole new species of tortoise, Gopherus evgoodei.

In all of this “discovery,” the tortoises themselves didn’t really change, but our data about them did. The new G. evgoodei are still herbivores in the deserts of the southwestern United States and northern Mexico. They’re no larger than the other members of their genus, staying under 20 inches in length. A slightly stubbier tail doesn’t seem to stand out all that much, but coupled with a few other factors, like shell coloration, and importantly, a geographical concentration in more forested areas in Mexico, added up to enough distinctions to call these tortoises out as different from their burrowing brethren.

The common definition of a species is a population of animals that can successfully breed with members of its group but not another. While viable reproduction seems like it should be a pretty cut-and-dry test to apply, it’s not always that simple in the real world. Some species usually stick to their own kind, but can also occasionally produce hybrid offspring with other species. If a speciation event further isolated these hybrids from their parent populations, you might end up with a discrete species. But without that larger trend emerging, those animals aren’t considered a species in most cases.

In the case of G. evgoodei, a larger trend was key to it’s new status. Isolated specimens in past encounters had raised suspicions about a distinct species, but it took a concentrated effort over the course of six years to get enough data to firmly declare that these tortoises were different. It’s also exposed that, due to their environmental niche in the broad-leafed forests of Mexico, these tortoises may already be in danger as a species, as their home only occupies around 14 thousand square miles, which isn’t much when it has to support your entire population.